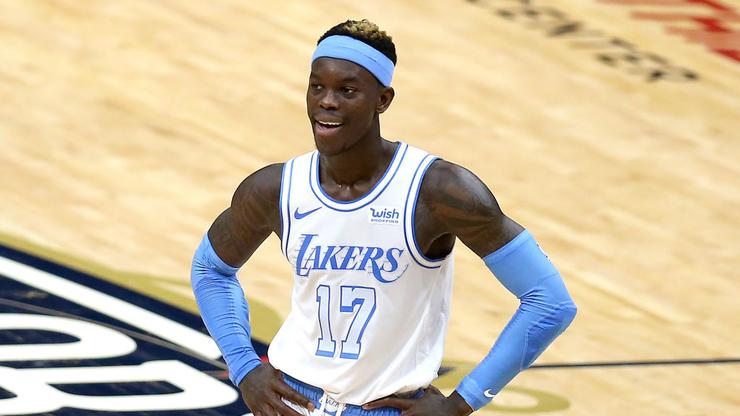 Dennis Schröder flexes on everybody who had something to say about him turning down an $84 million contract with the Lakers.

Dennis Schröder fumbled the bag in a major way this offseason, allegedly turning down an $84 million extension on his contract with the Los Angeles Lakers before his free agency stock took a tumble. When it was all said and done, Schröder agreed to a one-year contract with the Boston Celtics worth $5.9 million, which is obviously much less than what he could have added to his bank account.

Despite the news inciting a meme parade on social media, Schröder isn’t letting the trolls get to him. On Wednesday evening, he took to Instagram to make fun of himself, while also flexing on the people who had harsh words for him.

“I’m gonna do this ONE time! Insert your best ‘fumbled the bag’ joke here,” wrote Dennis on Instagram, posting a photo of himself in front of his Rolls-Royce, Bugatti, and a bunch of designer bags. “It’s my birthday so let’s get this over with and get back to business! Like @realcoleworld said ‘Some n#%gas make millions, other n#%gas make memes.'”

The point guard added a gallery of memes and other reactionary posts about his offseason decision, including one from somebody that wishes they were getting clowned for making $6 million to play basketball.

Previously, Dennis Schröder’s wife commented on him turning down $84 million, saying, “I’m so proud of my husband that he made this decision to stay true to himself and to fight for his goals and his vision. I know not everyone understands this. They would choose money before anything else. But let me tell you: Show some love, be patient, and watch what will happen next.”

Check out Dennis’ posts below.