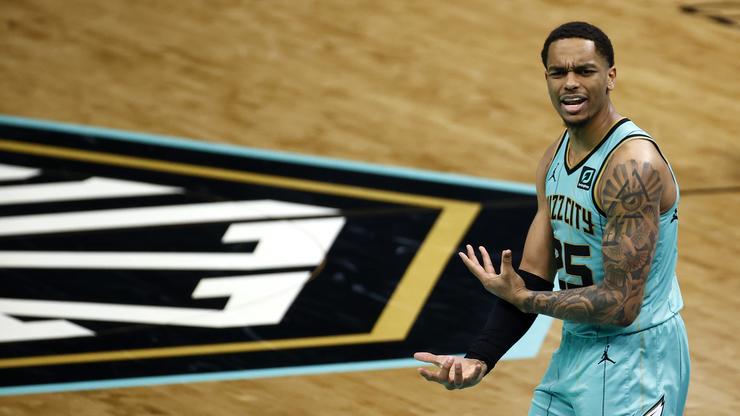 On Monday, Brittany Renner reignited the drama between her and Charlotte Hornets basketball player PJ Washington, a 23-year-old athlete who many people think Renner groomed for her own financial benefit. Despite those accusations, Renner has remained in high spirits as she raises her newborn child, and in a recent post to Instagram, she excitedly announced the start of “Stepdaddy Season.”

“Hey y’all, it’s officially Stepdaddy Season,” Britanny Renner said in the video. “Yeah, what up, I got the car seat in the back! Let’s go to the park! Don’t let your baby mama or your baby daddy block your blessings. I know in theory it sounds good keeping the same person to have kids with but that’s insanity as well. So if it doesn’t work out with them, it’ll work out with someone else. And trust me, I know it’s ghetto. It is so ghetto being a baby mama and thinking about multiple baby daddies is scary but we’re gonna be alright. We’re moving forward, onward, upward.”

Although rumors suggest that he has already moved on from Renner and started dating another Instagram model, it was only a matter of time before PJ Washington discovered his baby mother’s viral Instagram video. Now, it appears that the Charlotte Hornets forward has watched Britanny Renner’s video, and judging from his reaction, he wasn’t a fan of her post.

With everything that has transpired this week, do you still feel bad for PJ Washington? Let us know your thoughts on the entire Brittany Renner and PJ Washington situation below.