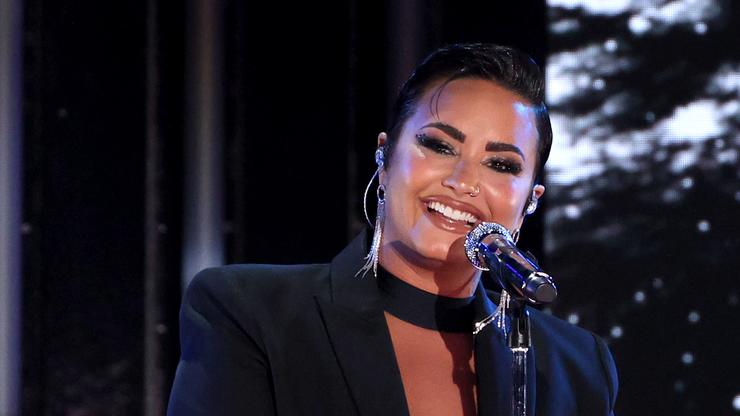 The singer goes by “she/her/they/them” and explains that as a “fluid person,” she’s been “feeling more feminine.” The topic has sparked a debate.

The subject of pronouns has been a heated, yet widely debated conversation, especially in recent years. We’ve seen more people express the desire to be referred to as “they/them,” including rappers like Lil Uzi Vert who changed his pronoun preference on social media. Demi Lovato has also been a global public figure who has spoken openly about changing her pronouns to “they/them,” however, just months ago she quietly switched things up by adding “she/her” once again.

The Pop superstar chatted with the Spout podcast about the change, stating that she has returned to “she/her” because she’s a “fluid person.”

“For me, I’m such a fluid person that … I felt like, especially last year, my energy was balanced in my masculine and feminine energy so that when I was faced with the choice of walking into a bathroom and it said ‘women’ and ‘men,’ I didn’t feel like there was a bathroom for me because I didn’t feel necessarily like a woman. I didn’t feel like a man. I just felt like a human.”

“That’s what they/them is about for me. It’s just about, like, feeling human at your core,” she reportedly added. “Recently, I’ve been feeling more feminine, and so I’ve adopted she/ her again. But I think what’s important is, like, nobody’s perfect. Everyone messes up pronouns at some point, and especially when people are learning. It’s just all about respect.”

Earlier this year, Lovato also shared that she identifies as “non-binary.” Several people within the LGBTQIA+ community have come down on Lovato for her recent pronoun change, accusing the singer of being flippant about a topic; however, her fans have been quick to come to her defense.