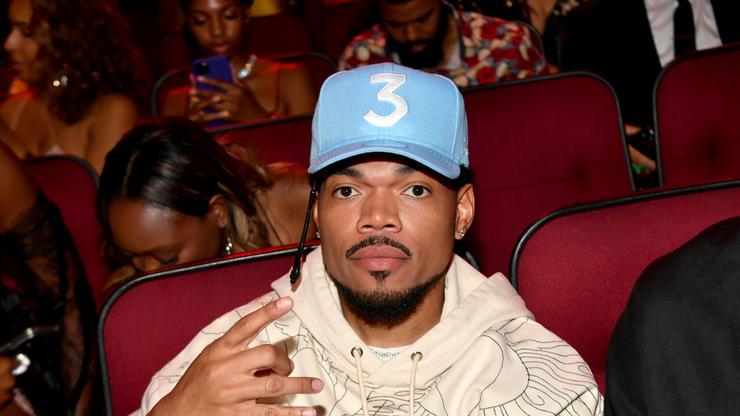 The 29-year-old told “The Breakfast Club” he’s been hearing the same criticism since he was in high school.

Chance The Rapper has heard those critics who say he “fell off” in recent years loud and clear, and during a recent interview on The Breakfast Club, the father of two has addressed how he handles the hate train that’s been following him since the arrival of 2019’s The Big Day.

“To me, I can do one of two things: I can either agree with it or I can live my life,” the 29-year-old told Charlamagne and his co-hosts. “If I agree with it, then that means The Breakfast Club fell off, ’cause y’all don’t have people that fell off sitting in your chair usually.”

While it’s never easy to hear, Chance knows that obsessing over haters isn’t his mission. “I feel like, I gotta stay on my path. N*ggas was saying I fell off when I was in high school!” the 29-year-old recalled.

“It is tough, but I don’t know. It’s like, what can I say? Tell people my feelings are hurt?”

His debut album may not have satisfied fans in the way that they were hoping, but lately, Chance seems happy to be reconnecting with his former frequent collaborator, Vic Mensa, for singles like “Wraith” and “Shelter.”

The Chicago native’s confidence shone through in his chat with The Breakfast Club. “Man, when I get up with Vic and we just make shit, it’s so undeniable. I’m so good at rapping,” he gushed.

“So I’m like, ‘I could listen to people that think about artists like they’re f*cking Pokémon cards, like these commodified trading cards that’s like, ‘Oh, your f*cking 2K rating just went down,’” Chance continued to address his haters.

The “Cocoa Butter Kisses” hitmaker appears to be poising himself for a redemption run this year, sharing singles like “Child of God” and “The Highs & The Lows” with Joey Bada$$, which the two performed on The Tonight Show Starring Jimmy Fallon last night – check it out below, and tap back in with HNHH later for more hip-hop news updates.