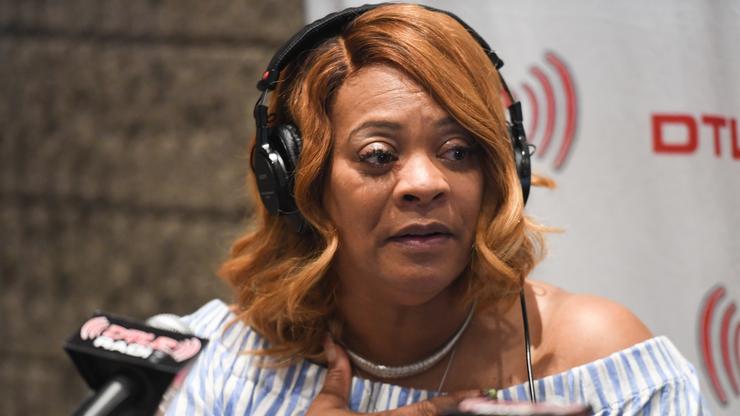 She reveals her political leanings to son Waka Flocka in a clip from “Growing Up Hip Hop Atlanta” and says she’s not worried about her reputation.

Fans of Growing Up Hip Hop Atlanta are ready for tomorrow’s premiere of the show’s fourth season, and the trailer looks as if it’s going to be explosive. Unsurprisingly, a major focus of this season will center around President Donald Trump and the 2020 election, but it came as a surprise to many in the cast that Deb Antney is a Trump supporter. A newly released clip of the WeTV series shows the moment Deb’s son Waka Flocka learned that his mother wanted to “Make America Great Again,” and the look on his face expressed what his words couldn’t.

Deb is seen conversing with Da Brat on speakerphone and the rapper asked her if she was “down for Trump.” When Ms. Deb confirmed that she supports President 45, both Da Brat and Waka seemed perplexed. “Why?! What is up with that?” Brat asked. “Because what you see is what you get,” answered Antney.

“He could be ghetto, he could everything that people say. I don’t know why we beefin’ with it, ’cause that’s how the hell we do sh*t,” she added. “That man is who he is and there is no hidden agenda.” In a green screen interview, Da Brat stated that there may be several people in the Hip Hop community that would have an issue with Deb’s political leanings.

Waka sat next to Deb as she was on the phone and after she ended her call, he said, “You just make my life hard.” He suggested that his wife, Tammy Rivera, wouldn’t receive the news about her mother-in-law being a Trump supporter well, so Deb asked Waka to call her. “Are you having a crisis in life?” Waka asked his mother.

In a separate interview, Deb admitted that her support of Trump had nothing to do with “policies and procedures or all the political stuff.” She added, “It’s seeing what you get. That’s what I like about him. Even if he’s gonna screw you, you gon’ know he’s getting ready to do it… Besides that, we’re in America. America is not politics. America is business. I’m not the least, do you hear me, bit worried about my reputation.”

She added that if her support of Trump caused someone to no longer like her, then “you ain’t never liked me from the beginning.” Check out the clip below.