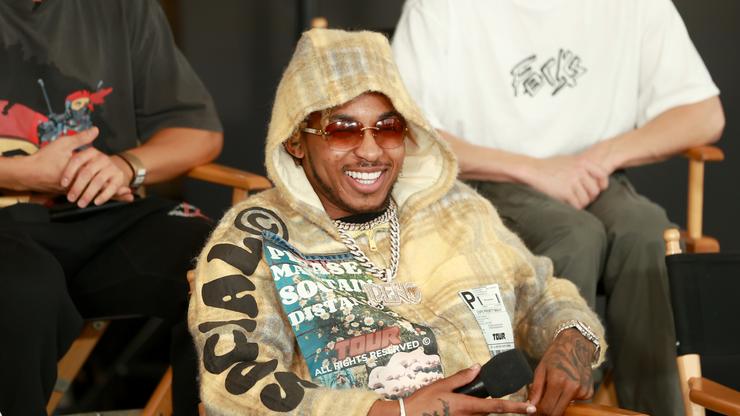 As “out of this world” as it may be, the latest class of XXL Freshman definitely has a lot to prove. After the cover was announced last month, the Hip-Hop community has slowly been introduced to the 11 fresh faces that were crowned the 2021 XXL Freshmen, including Coi Leray, Pooh Shiesty, Murray, Iann Dior, Lakeyah, DDG, 42 Dugg, Blxst, Rubi Rose, Toosii, and Flo Milli.

DDG comes out the gate swinging, with lines such as “Lane switchin’, they ain’t never gon’ catch me/F*ck love when I said that she left me/Then I made it and she wish that she kept me/I don’t know you, baby, can you refresh me?/Way richer than the first time you met me.”

The former YouTube sensation then enters some familiar lyrical territory, as he raps about refusing to get caught up in internet beef and reiterates his general lack of trust in women. Watch DDG’s XXL Freshman Freestyle below. After checking it out, let us know how it stacks up against his fellow classmates in the comments.