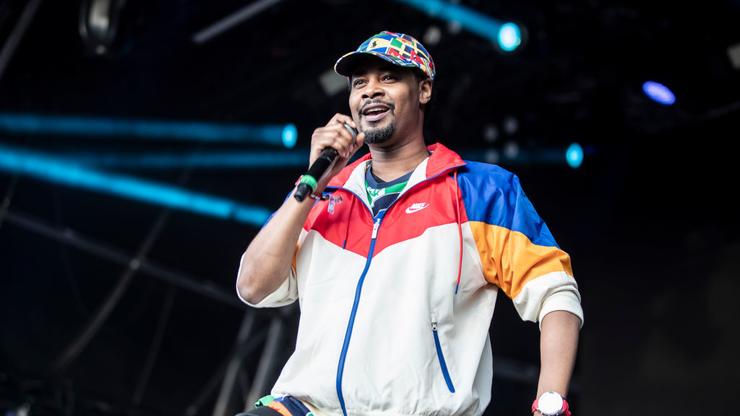 Danny Brown braved the stage for his stand-up comedy debut, vowing to continue practicing the craft even harder.

Danny Brown is a visionary. Not only is he one of hip-hop’s most daring auteurs, having compiled a discography that could rival the majority of the rap game in quality, but he also happens to be developing another impressive skill set.

Last night, the Detroit artist came through and held it down with his stand-up comedy debut, where he performed his set for a crowd of over four thousand people. And while daunting, Danny appears to have avoided the nightmare scenario. “I didn’t bomb!!!!!!!” he celebrates, a victory he should be proud of.

As he tells it, Hannibal Buress played a major role in making it happen, and Danny made sure to show his gratitude on Twitter. “Hannibal killing em now owe this dude for life for giving me the confidence to finally get on stage,” he writes, sharing a snapshot of Buress performing his own routine.

“Thank you to everyone who sent me good luck wishes it definitely helped cause playing in front of 4K for my first stand-up set definitely had me missing sleep last night,” he writes.

From the sound of it, Danny has caught the comedy bug, pledging to hone his craft even further. “Definitely have a lot to work on but I can honestly say I’m addicted now and want to get better at this so I’m definitely gonna go hard when I get back home,” he adds. One has to wonder if we can expect to see Danny committing to stand-up comedy full time at some point, should he ever decide to take a step back from rap. But don’t worry — he’s still working on his next album, which is apparently wrapped up.

Overall, it’s a big accomplishment for Danny, who deserves applause for his bravery; which other rapper do you think could make the transition from hip-hop to stand-up?