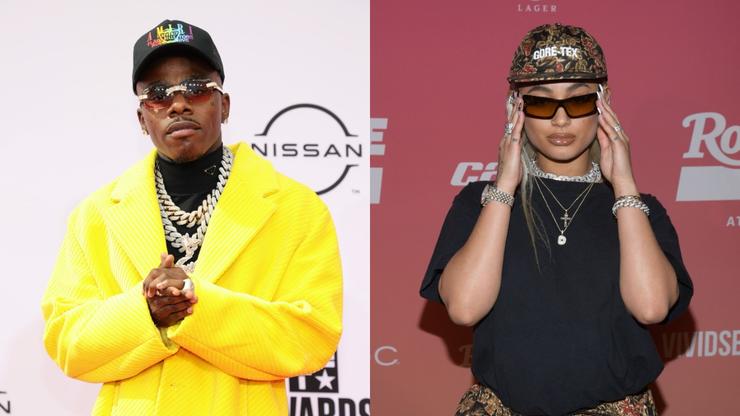 DaniLeigh and DaBaby set the internet ablaze last night and have only fanned the flames since.

Beginning with DaBaby filming DaniLeigh breastfeeding their child on Instagram Live, the “SUGE” rapper maintained that he was filming for his safety, and that he was requesting the mother of his daughter leave his home.

DaBaby released a statement via Instagram stories, claiming that he was removing himself from a “hostile situation,” and DaniLeigh was also quick to tell her side of the story.

Explaining that she had cooked dinner for DaBaby and was asleep when he allegedly came into their bedroom and asked her to leave with their daughter. Things escalated from there, with both parties taking shots at each other on social media (while in the same house) and DaBaby eventually calling the police to request their assistance with evicting DaniLeigh.

This morning, it was revealed that DaniLeigh did not leave the house, but in an additional Instagram story, DaBaby took aim at her and her family.

After reiterating that he is a father first, DaBaby said DaniLeigh’s parents disowned their daughter and granddaughter.

The validity of DaBaby’s claims is unclear, but what is clear is that, in the videos he posted to his story, his and DaniLeigh’s daughter was very clearly revealed to the internet—something that had not happened before.

Shooting back at DaBaby, DaniLeigh wrote, “That’s how y’all had to see my baby for the first time… evil ass man.”

While it is apparent that DaniLeigh was furious her daughter’s face was revealed on DaBaby’s story, it is even more apparent that she believes he did it on purpose, and like when she pointed out that he was using their feud as promo for his upcoming EP and tour, that seems to be the most enraging part.

This has been a quickly evolving story, so for updates on DaniLeigh and DaBaby, keep it locked to HNHH.