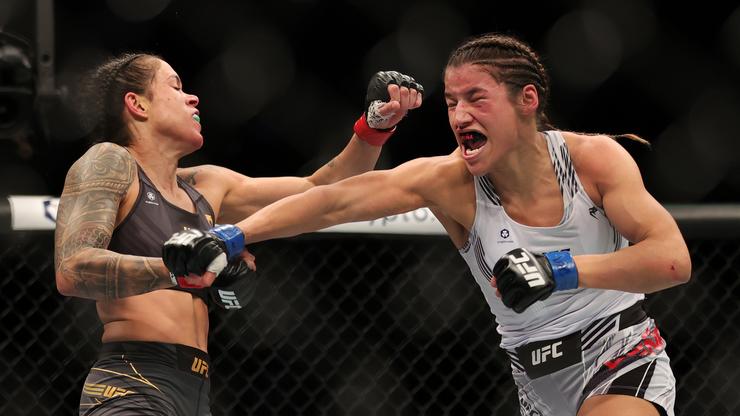 MMA fans want to see Julianna Pena and Amanda Nunes run it back.

UFC 269 turned out to be an exceptionally successful event as MMA fans were blessed with a ton of great fights. Charles Oliveira was able to defeat Dustin Poirier by submission, all while Amanda Nunes was dethroned by Julianna Pena in epic fashion. These two fights were the highlights of the night, and there is no doubt that MMA fans are hoping for more cards like this, in the future.

While Poirier and Oliveira were the main event, it’s hard to argue against the big moments we saw between Pena and Nunes. Nunes is considered to be one of the UFCs greatest fighters ever, and to see her go down to a massive underdog was quite the sight to see. In fact, it even lost one man upwards of $318K.

As for a potential rematch, the concept was brought up to Dana White during the post-fight press conference. When asked about whether or not it could happen, White noted that it is all up to Nunes. If Nunes agrees to run it back for a second time, then the UFC will absolutely accommodate and try to make it happen. After all, these two made for a great matchup, and it would be fun to see Nunes try and get some revenge.

For now, however, nothing has been confirmed, so stay tuned to HNHH as we will be sure to bring you all of the latest updates from the MMA world.