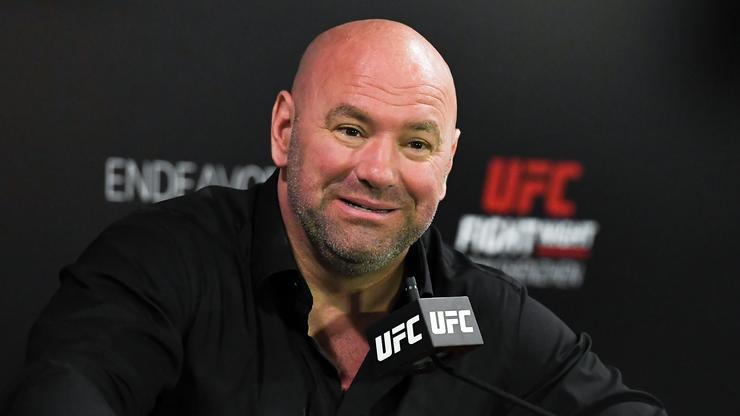 Dana White says reports that Floyd Mayweather and Conor McGregor are close to reaching a deal to fight again are false.

Despite reports that Floyd Mayweather and Conor McGregor are “very close” to reaching an agreement on a deal to return to the ring for another fight, UFC President Dana White called the reports “total bullshit” during a new interview with TMZ.

“It’s total bullshit!” White told the outlet, adding, “That story came from a paper called The Daily Mirror which is a tabloid in Europe. It’s total bulls**t!”

The report actually came from The Sun, and was later covered by both Daily Mail and The Mirror, which White is likely referring to by inadvertently combining the names.

The outlet had claimed that the fight was agreed on to be contested at 155 lbs. and “personal terms” have been agreed upon, but the length of the fight and more small details were being worked out.

As McGregor is currently under contract with the UFC, White would have to sign off on him entering the boxing ring to take on Mayweather. The two famously boxed in August 2017 at the T-Mobile Arena in Las Vegas, which went down as one of the most promoted bouts in the history of the sport. Mayweather won by TKO in the 10th round. It was McGregor’s first professional boxing match.

Check out White’s discussion with TMZ below.