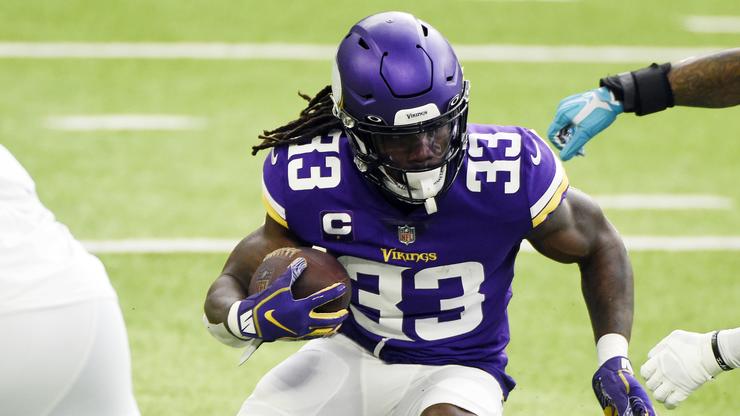 Dalvin Cook will miss Sunday’s game following the death of his father, this week.

Dalvin Cook will be unavailable for the Minnesota Vikings’ regular-season finale against the Detroit Lions, following the death of his father, James. Cook will be home in Miami to be with his family.

A cause of death was not announced.

Backup running back Alexander Mattison will likely start in Cook’s place, Sunday. The Vikings are currently 6-9, placing them in 3rd place in the NFC North and outside of playoff contention.

Cook will finish his first season after signing a massive extension with the team, earlier this year, by recording 16 touchdowns and 1,557 yards rushing. He’s currently first in rushing touchdowns and in second for rushing yards behind Titans star Derrick Henry who has 1777 rushing yards.

“Dalvin is a huge part of this football team. It’s just been fun for me to be around him,” Vikings Offensive Coordinator Gary Kubiak said recently. “I’ve been fortunate to be around some really good ones along the way. It’s fun for me to watch this guy work and get ready to play. He’s special.”