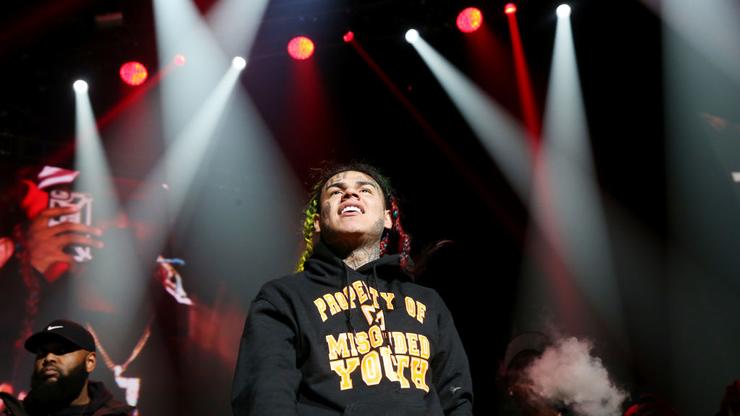 Tekashi 6ix9ine, Youngboy Never Broke Again, and Eminem reportedly were the top three rappers of the year on YouTube.

Tekashi 6ix9ine really didn’t have too many winning moments this year, falling short of his own standards and flopping on his TattlesTales album, moving fewer album units than some of the rival rappers he previously trolled for that exact reason. Even the Brooklynite’s biggest fans have begun turning on the accused snitch, but there’s finally one thing that 6ix9ine can be proud of. According to several sources, he was YouTube’s most-viewed rapper for the entire year, inching out Youngboy Never Broke Again and Eminem to win the honor.

6ix9ine has been quiet on social media for the last few months, except for when he feels like disrespecting Lil Durk and the late King Von, but he may have some gloating to do over reported stats that show him at the top of the pack as far as YouTube videos as concerned. A post by SayCheeseTV, a hip-hop blog, claims that Tekashi clocked in 2.3 billion video views in the last twelve months. People have accused the rapper of faking his views by buying them through streaming farms, but this is still a big feat for the “GOOBA” and “TROLLZ” artist. The runners-up were Youngboy Never Broke Again, who has a gigantic following on the video platform with 2.2 billion views, and Eminem, who is still going strong with 2 billion views.

Perhaps the main takeaway from this is the fact that Eminem, who is 48-years-old, is still beating a lot of younger cats in terms of YouTube stats. With creative videos released to complement his Music To Be Murdered By album, he winded up with more views than Lil Baby, DaBaby, Roddy Ricch, Drake, and other champions from this year.

Do you think Tekashi’s numbers are legit, or do you think he bought views?