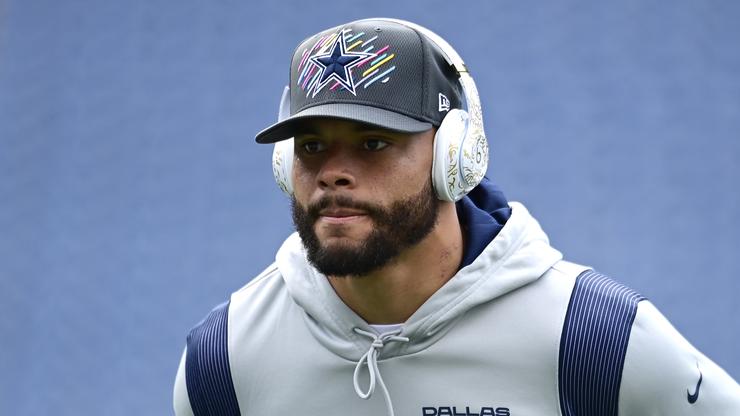 Dak Prescott is still dealing with his calf injury.

Dak Prescott has been having himself a season an MVP-worthy season, although an injury to his calf is causing some issues right now. He sustained the injury in Week 6 against the New England Patriots, and luckily for his and the Cowboys, Week 7 was their bye. The belief was that Prescott would be good to go by this weekend as the team takes on the Minnesota Vikings. So far, however, it has been a lot more complicated than that.

Prescott has been making appearances at practice and he has made quite a bit of progress. However, the team doesn’t seem to want to commit to his playing status, as there is a real worry that he could get injured all over again.

According to Adam Schefter of ESPN, Prescott is now considered to be a game-time decision. This means we will only find out about Prescott’s status tomorrow, just hours before kickoff. This is obviously some disappointing news for Cowboys fans, although you have to understand it given Prescott’s recent injury history.

If Prescott can’t play, then the starting role will be given to Cooper Rush, who simply isn’t proven. Without Prescott in the lineup, the Cowboys would certainly be at risk of losing their second game of the season.

Stay tuned for more updates from the NFL world.