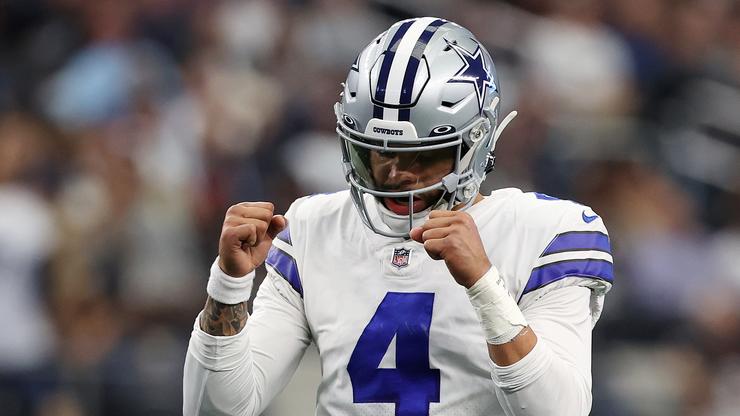 Despite a 40-point win against the Falcons, Dak Prescott isn’t satisfied.

Dak Prescott had himself a day on Sunday against the Atlanta Falcons. The Cowboys quarterback threw two touchdowns and was also able to run one in. In the end, the Cowboys were able to come out on top in blowout fashion as the final score was 43-3. It was a statement win especially after the team lost to the Denver Broncos just last week.

Now, the Cowboys are 7-2 and it looks as though they are going to cruise to an NFC East championship. After all, that division is abysmal and the Cowboys are running up the numbers. While this may be the case, Prescott still isn’t satisfied. According to Jon Machota of The Athletic, Prescott felt like there was still a lot of work to do following the big win against the Falcons.

“We can get a lot better. A lot of plays were left out there. A lot of plays for myself,” Prescott said. “When you have group like we have … you’re hungry to shoot for perfection. That’s what we’re going to continue to try to do.” Needless to say, this Cowboys team has a healthy mentality moving forward, and they won’t be satisfied with just a simple playoff appearance.

Their next game will prove to be a tough test as they are set to take on the Kansas City Chiefs, who recently regained their 2020 form with a 41-14 win against the Las Vegas Raiders. If the Cowboys can win, then they need to be taken seriously as title contenders.