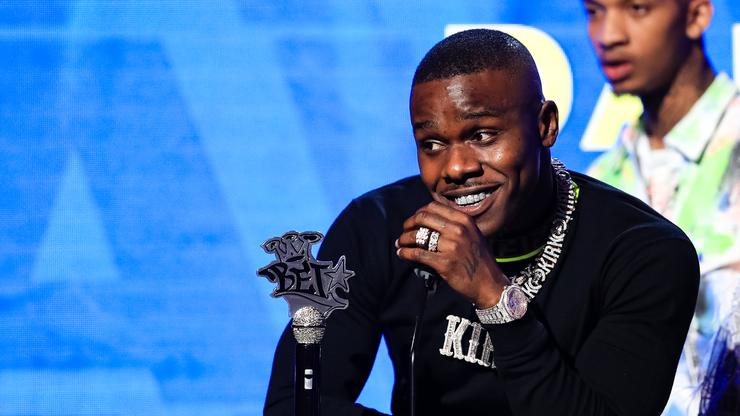 DaBaby allegedly didn’t hold up his end of the bargain and was removed from Lollapalooza’s line-up as a result.

DaBaby was set to be a staple in the festival circuit this year but he fumbled that bag within the past week. His appearance at Rolling Loud included some homophobic comments that not only caught the crowd off-guard but viewers who were tuning into the live stream. He failed to properly apologize for his comments which ultimately resulted in a slew of other festivals booting him off of the line-up.

All of his performances could’ve been saved had he simply upheld his end of the bargain which was issuing a video apology. According to Billboard, reps for the rapper had reached out to seven festivals scheduled for the fall, as well as Lollapalooza, promising that DaBaby would offer a video apology for his insensitive remarks. The plan was to film a video apology that would air immediately before he hit the stage at Lollapalooza. The video didn’t arrive and Lollapalooza pulled the plug on DaBaby’s set.

DaBaby has been booted off of several festival line-ups in the past 24 hours. ACL Fest in Austin, Texas, iHeartRadio Music Festival in Las Vegas, and Music Midtown festival in Atlanta announced that DaBaby would no longer be performing.

DaBaby issued an actual apology on Monday, writing, “I want to apologize to the LGBTQ+ community for the hurtful and triggering comments I made. Again, I apologize for my misinformed comments about HIV/AIDS and I know education on this is important. Love to all. God bless.”