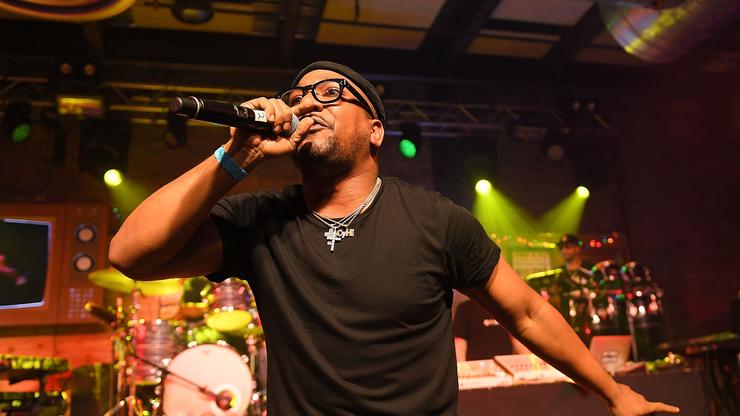 CyHi The Prynce got some things off his chest during a recent Instagram live session.

Earlier this week, CyHi The Prynce — who recently released his latest EP, EGOT The EP — surprised fans with an impromptu Instagram Live session, but rather than treating viewers with a surprise music announcement, the acclaimed lyricist took the opportunity the get some things off his chest.

Throughout the Instagram live session, CyHi reportedly toyed with the idea of retirement, but he also spent a significant amount of time speaking on Travis Scott‘s now-diamond-certified hit single “Sicko Mode,” which he ultimately deemed a gift and a curse that strained his working relationship with his longtime collaborator Kanye West.

According to CyHi The Prynce, Travis Scott and his team allegedly convinced CyHi to reduce his writing percentage on “Sicko Mode” by 10% in order to account for the massive amount of samples incorporated into the song. However, CyHi claims that he only agreed to do so for a record swap in which Travis would return the favor and appear on one of his tracks. That unfortunately never materialized, which is one factor that led to CyHi’s recent Instagram Live talk.

The No Dope On Sundays artist continued to air out his grievances about “Sicko Mode,” admitting that although it was easily one of the biggest records that he has written to date, Drake‘s disses on the track slightly alienated him from Ye for a while. CyHi says that he had no knowledge that Drake was even planning to hop on the track, and after hearing his contributions, CyHi questioned why Travis Scott allowed Drake to send shots at Kanye West in the first place.

Despite his frustrations, CyHi The Prynce made it clear that he still has love for his G.O.O.D. Music family. Listen to everything that CyHi The Prynce has to say about his potential retirement, the aftermath of “Sicko Mode,” and his relationship with Kanye West below.

Other prominent figures in Hip-Hop remarked on CyHi’s frustrations as well. King Los shared a lengthy response, saying, “We BLAME the INDUSTRY but its really the CULTURE bcuz we mafe it cool to sh*t on our brothers. Its almost like you can’t get famous unless you use and abuse people. Im not here for it , love thy brother !!!” Elsewhere, recent cover star Hit-Boy simply replied, “game go how it go.”

Let us know what you think about CyHi’s latest comments, and keep it locked to HNHH for more Hip-Hop-related updates.