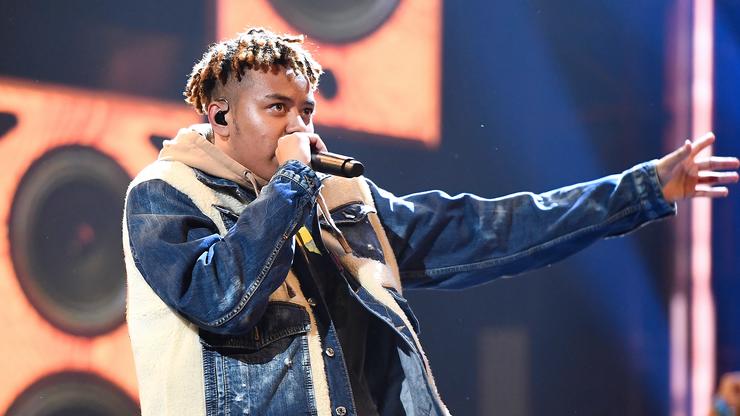 The rapper also called it “wild” that Jaheim would challenge Usher to a “Verzuz.” He says, “Man, I love his confidence.”

“Will he or won’t he” is the debate happening regarding Usher‘s potential appearance on Verzuz. As other R&B icons have taken to the stage—D’Angelo, Jill Scott, Erykah Badu, Brandy, Monica, Patti LaBelle, Gladys Knight, and more—people are calling for Usher to bring his hits to the Verzuz stage. The singer has spent most of his life in the spotlight so there is a plethora of classics to choose from, however, the great debate centers on who should appear alongside him.

We recently reported on Jaheim surfacing online to challenge Usher to a Verzuz, but that request wasn’t an acceptable match by music fans. Since the inception of Verzuz, people have suggested that Chris Brown would be a perfect match, but Breezy doesn’t seem interested in performing on Verzuz.

Cordae visited The Breakfast Club where he discussed his career, his forthcoming album From a Bird’s Eye View, and how “wild” it is that Jaheim called out Usher.

“Man, I love his confidence, I love Jaheim, shout out Jaheim, but that’s wild!” said Cordae. Charlamagne Tha God asked the rapper who he would choose between Usher and Brown. “I don’t know to be honest. And I’m not trying to be politically correct, like, f*ck all that. I really don’t know. We gotta sit here and look at the magnitude of catalogs and I wasn’t around—but the thing is, like, I was born…I’m only twenty-four.”

“I was four years old when [Usher’s album] 8701 came out. When ‘My Way’ came out, I wasn’t alive for all of these things. I was like, eight years old when ‘Confessions’ came out.” Cordae added that while he was exposed to Usher’s music in his life, he wasn’t clubbing to Usher’s hit like those older than him.

“They both icons in they own right.” Watch the clip of Cordae weighing Usher and Chris Brown‘s careers and check out the full interview as well.