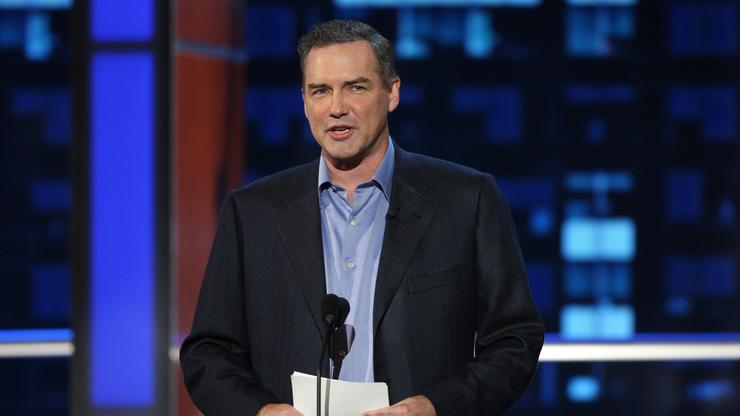 “It is a bittersweet night for us tonight,” Jost said during the show. “Norm is the reason I ever wanted to do Weekend Update, and so tonight, we thought we’d turn the last few jokes of Update over to Norm.”

From there, they played various jokes of Macdonald’s, from throughout his time on the program.

“At the White House this week, President Clinton officially came out against same-sex marriages,” he remarked in one. “What’s more, the President said he is not too crazy about opposite-sex marriages, either.”

MacDonald spent five seasons on Saturday Night Live before he was let go. NBC President Don Ohlmeyer said Macdonald was removed due to a decline in ratings as well as quality, but Macdonald claimed it was due to his jokes about O. J. Simpson during and after the infamous trial.

“In a brilliant move during closing arguments, Simpson attorney Johnnie Cochran put on the knit cap prosecutors say O.J. wore during the night of the murders,” Macdonald said in a joke shown Saturday regarding Simpson. “Although O.J. may have hurt his case when he suddenly blurted out, ‘Hey, hey. Easy with that! That’s my lucky stabbing hat!’”