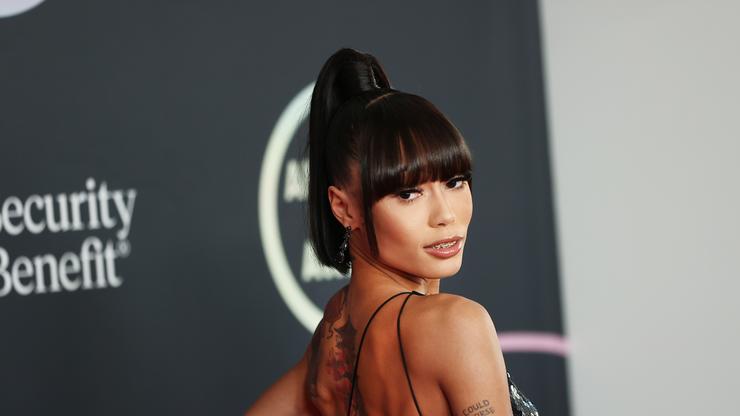 Coi Leray says “God has been the best father to me” after her dad, Benzino, allegedly clowned her underwhelming first-week sales projections.

Coi Leray is fresh off of the release of her debut album,Trendsetter. She’s remained a polarizing figure in hip-hop over the last year, and fans have wondered whether she’d deliver on her debut. Despite having collaborations with Nicki Minaj, H.E.R, and more, the first-week sales projections for Trendsetter have been underwhelming. Industry forecasters predict that she’ll move 11K in her first week.

This led to plenty of commentaries online, including from her own father Benzino. The Source co-founder reposted a Story from someone who said that Coi’s album may have sold more with a feature from her pops. Benzino added some laughing emojis, prompting artists like Tory Lanez to throw their support behind the Trendsetter artist. He later claimed that he was hacked.

Coi finally issued a response to both her father and the trolls online who’ve clowned her for the sales projections. “God has been the best father to me. I can’t complain about anything. My debut album is amazing and not one song can you say is bad. It been 5 days. I understand Coi Leray is so viral & works good on blogs headlines but trust me, it’s all part of the game just ride out andstayfocus,” she wrote.

In a following tweet, she insisted that she isn’t going to allow the public narrative or anyone else’s opinion slow her down. “One thing y’all should know about me, I don’t fold under pressure. This lil body got thick skin baby. Only me can stop me,” she said.

Check the posts below.