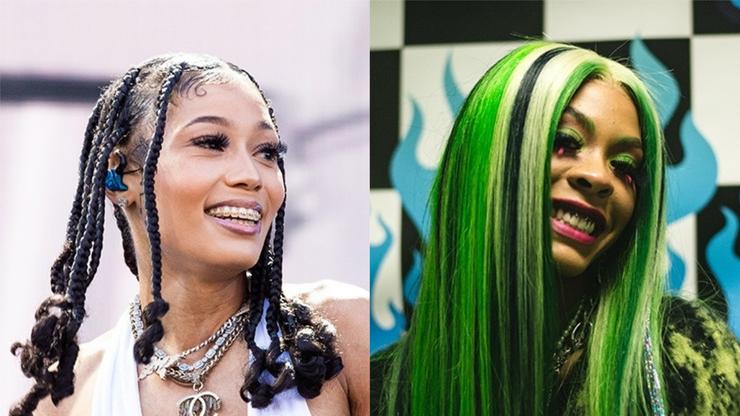 Coi Leray and Rico Nasty have never been on the greatest of terms. The two have dissed each other on social media on a few separate occasions and last year, when a fan asked Rico to collaborate with the New Jersey-based rapper, she simply responded, “No.”

As the sugar trap princess continues to face disrespectful fans as a support act on Playboi Carti’s current tour, Rico has received support from many corners of the music industry. The situation has been trending on social media for a few days, and even Rico’s enemies are backing her up from the hate she’s been receiving.

Considering the amount of hate that she’s had to fend off all year, Coi Leray knows a thing or two about blocking out the naysayers. She came through with a supportive message on Twitter for Rico Nasty, not exactly setting aside their differences but showing that they can co-exist in the music world.

“God forgives,” she wrote on Twitter, before adding, “Rico is agreat performer. Regardless of our differences, the media really try’s to control situations and it shows but always remember you can’t stop greatness. Fuck the haters! *hits blunt* you can’t ungoat a goat.”

Rico Nasty has not responded to the posts, despite being active on the platform since Coi sent them out.

What do you think about all of the hate that Rico is receiving on tour, as well as Coi’s supportive tweets?