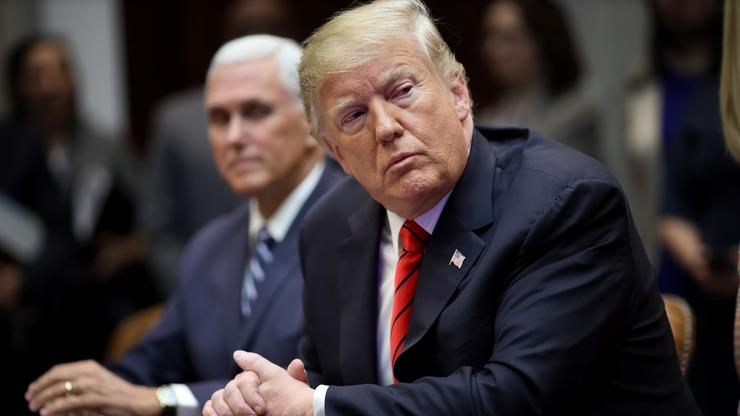 Since his campaign in 2015, Donald Trump has embedded the term “fake news” into our brains which is his way referring to mainstream media. CNN is still one the biggest targets in his war against the media. According to Variety, he’s now threatening to take legal action against CNN and their parent companies. Trump’s attorney sent a letter to the news network on claims that they violated the Lanham Act and misled the public as well as advertisers about the content that they produce.

“Never in the history this country has a President been the subject such a sustained barrage unfair, unfounded, unethical and unlawful attacks by so-called ‘mainstream’ news, as the current situation,” Charles Harder, attorney for Trump, wrote in a letter to CEO AT&T and Warner Media executive who overlooks CNN. Harder added his clients “intend to file legal action against you, to seek compensatory damages, treble damages, punitive damages, injunctive relief, reimbursement legal costs, and all other available legal and equitable remedies, to the maximum extent permitted by law.”

CNN called BS on the legal threat, essentially. “This is nothing more than a desperate PR stunt and doesn’t merit a response,” a rep for the network said.

CNN and Trump previously went to court when the president attempted to block Jim Acosta from covering the White House because Trump wasn’t a fan the questions he was being asked. CNN won in that case.