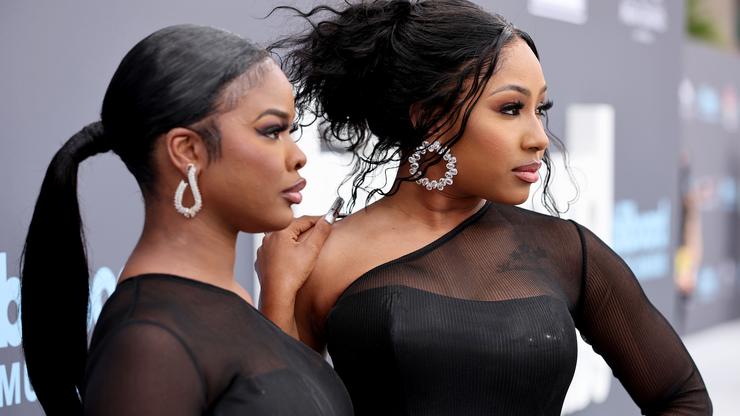 City Girls were surprised by Nardwuar’s typically-left-field interview questions, and the interview came complete with a few unique gifts, including a Lil Uzi Vert bobblehead.

The Internet’s most sleuthy and bombastic artist interviewer, Nardwuar, tapped City Girls for an interview at the Coachella Music Festival which was released just yesterday. The Miami duo, composed of rappers Young Miami and JT, are gearing up for a hot summer ahead with a new “party” and “cookout” anthem with Usher dropping soon and an upcoming tour with Jack Harlow in the fall.

This is their first interview with Nardwuar, known for his deep level of research and eccentric on-screen personality and interviewing style. In it, Narduwar presents the rappers with a variety of gifts including Funko Pop dolls of the iconic rap duo Salt-N-Pepa and a Trick Daddy vinyl record. These gifts unlocked memories for City Girls, and they were able to reminisce on what brought them to this point in their careers.

Nardwuar asks the City Girls about Young Miami’s inclusion in Trick Daddy’s “In Da Wind” music video, family members attending long-ago shows, JT’s father having a studio in their house, and some of their influences like rapper Jacki-O.

The interview took place in what looks like City Girls’ residence while performing at Coachella with a luxurious pool and blazing sun in the background. Even the strong winds couldn’t dampen Nardwuar’s enthusiasm. Amid Narwuar’s surprising questions and research, City Girls often repeated the most common quote in a Nardwuar video: “How do you know that?”

One of the interview’s most standout moments was when City Girls recounted taking strippers’ money when they performed on stage at clubs. They noted the strippers were “mad as hell.” They even comment on some of their struggles coming up in the game, with Young Miami saying she had to pay DJs $20 to get their songs played.

Towards the end of the interview, Nardwuar asks if they have any connections to Canada (as any good Canadian should), to which City Girls respond with “Drake.” Young Miami even has a cheeky message for Drake: “Do you love me? Are you riding?” Nardwuar then gifted JT with a bobblehead of her man, Lil Uzi Vert, a perfectly cute ending that elicited a response from JT too funny to spoil.

When asked why people should care about the City Girls, Young Miami responded: “They’d be boring as f**k without us. It’s the f**king City Girls!”

You can watch City Girls’ full interview with Nardwuar below: