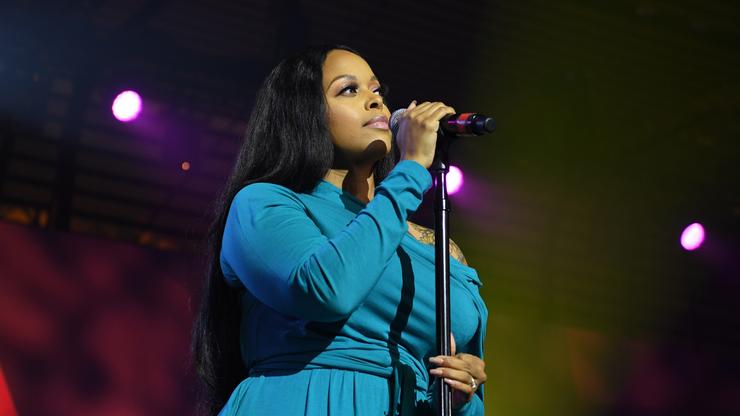 The R&B singer performed at Trump’s inauguration and was vilified, and a debate about Kanye not being canceled has arisen.

A debate has been launched about Cancel Culture following Kanye West‘s Donda release. In recent years, West has made quite a few controversial remarks that have caused frustration. He has stated that enslaved people chose to stay in bondage for centuries, he claimed Harriet Tubman “never actually freed the slaves,” he praised former President Donald Trump while wearing MAGA hats, he visited Trump at the White House and compared him to Superman, and he ran in the presidential election causing many to believe he was attempting to sway voters.

Still, Donda has broken records and West has raked in millions from the project, its release, its listening events, its merchandise sales, and much more, prompting a conversation about Chrisette Michele to be debated online.

Years ago, fans were surprised to see the acclaimed R&B singer show face at Trump’s inauguration where she was featured as a performer. Michele was vilified for attaching herself to the controversial world leader, and some have argued that she was “canceled” to such a degree that her career has not recovered.

This new discussion has caused Chrisette to come forward with her take on artists like West being welcomed with open arms while she continues to fight for her place in the public’s forgiveness.

“Being compared to Kanye & Travis [Greene] for the last 5 years. Watching them soar into the highest realms of stardom. Waiting on Gods hand to show me exactly what my story will look like,” she penned. “I think most of the comments are well intended and I’m not really attached to the results of the conversation. But it is an interesting topic. Kanye endorsed him, Travis sang with me, and… time unfolded.”