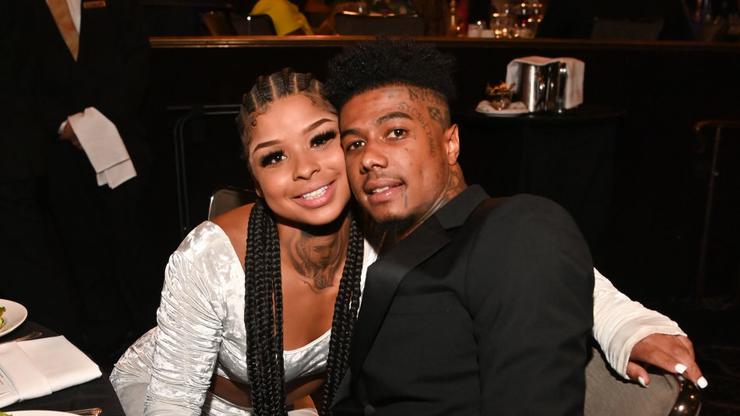 Since getting into a physical altercation in public, both Blueface and Chrisean Rock have kept a low profile. During an interview with TMZ, the couple claimed that they would not get into any more trouble. “Yeah, [because] I don’t wanna go to jail again,” Rock admitted when asked if they were going to do better following their recent mistakes.

They said that they were not seeking professional help for their troubles, and apparently, they knew best– they seem to have the remedy to solving their problems on their own. Recently, the father of two posted an interesting video on his Instagram story that showed him and Rock being intimate in a different kind of way.

As they sat in the seat of a private jet, the “Thotiana” rapper’s leg was stretched out. This prompted Rock to playfully take off his sock before playing with his toes and laughing simultaneously. She then teased his foot, leaning back and forth acting as if she was going to put it in her mouth. Ultimately, she gave in and then stated, “They taste like dirt,” afterward.

That wouldn’t be the first time we have seen her suck his toes. In fact, she displayed her obsession with the act in a music video. While filming “Internet Shooter,” Chrisean decided that placing her man’s toes in her mouth would be a cool gesture– and it garnered quite the attention on social media.

Do you think they will remain in a good place? Sound off and let us know in the comments.