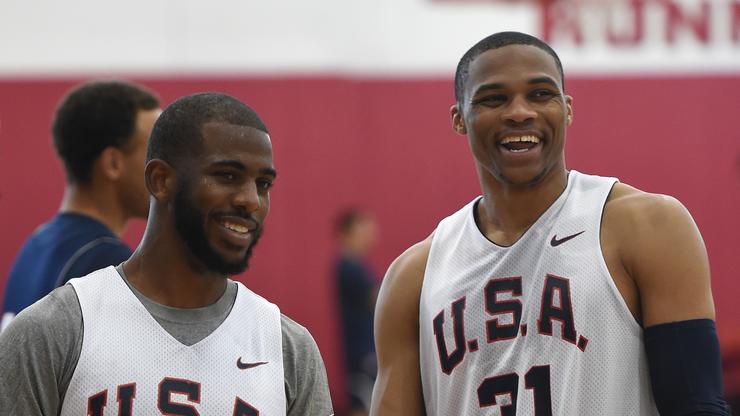 Lakers fans are getting their hopes up over nothing.

This past week, it was revealed that Russell Westbrook would be traded to the Los Angeles Lakers for Kyle Kuzma, Kentavious Caldwell-Pope and Montrezl Harrell. The trade will only be made official as of this Friday, although it is pretty well set in stone. Westbrook is one of the most athletic point guards of all time and he is a triple-double machine who will rack up the stats for the Lakers this season.

In the meantime, other point guards like CP3 are still up in the air when it comes to their free agency status. Paul is going to free agency after declining his $44 million player option, which means he could be on the move from the Suns. He could also renegotiate with the Suns and come back on a smaller deal with more incentives.

In typical free agency fashion, Westbrook and Paul created a bit of a stir recently as they were spotted together in Los Angeles. Of course, this probably doesn’t mean anything especially when you consider how the Lakers simply don’t have the money to afford Paul. Paul could always take a massive pay cut to win the title, but if we’re being realistic, that simply won’t happen.

Regardless, Lakers fans are using this as an opportunity to speculate on their roster heading into next season. There is a lot of false hope going around right now in regards to the purple and gold, and it has made for quite the spectacle on Twitter.

You can see how fans are reacting, below.