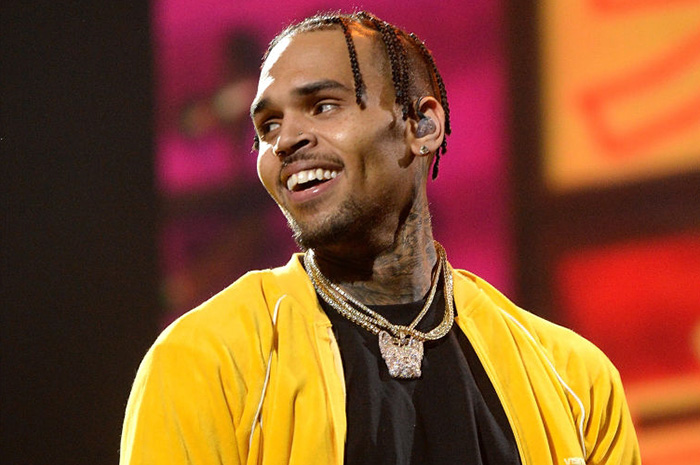 One those cuts could be titled “Tell Me How You Feel.” The song is raunchy, featuring bedroom-ready lyrics from the ten-provocative crooner. “You can keep on running, baby, don’t stop,” he sings. “Lick it up, kiss it, baby, don’t stop.”

He captioned the video, “Tell me how u feel,” and the song’s lyrics reference that, too. “Tell me how you feel,” he sings. “This shit is ridiculous / Settle down, you know I’m down for you / Girl, come get this dick you love.”

Another song, possibly titled “Strike Me Dead,” was also featured on his Instagram page. “I ain’t crazy / This ain’t all in my head / I’ve seen this with my own two eyes,” he sings. “Strike me dead.”

This song also fers some choice words for a promiscuous ex. “Even though we fucked, it don’t mean that you’re special,” he sings. “I won’t ever settle ’cause there’s levels to these levels.”

Breezy capped f a productive 2017 with the release Heartbreak on a Full Moon’s deluxe edition. After dropping those 57 songs, Brown unleashed “Goin At It” and “Him or Me.”

Brown will be doing more than just music this year. The multifaceted star is also set to co-star in Nick Cannon’s She Ball, an independent film about women’s street ball.