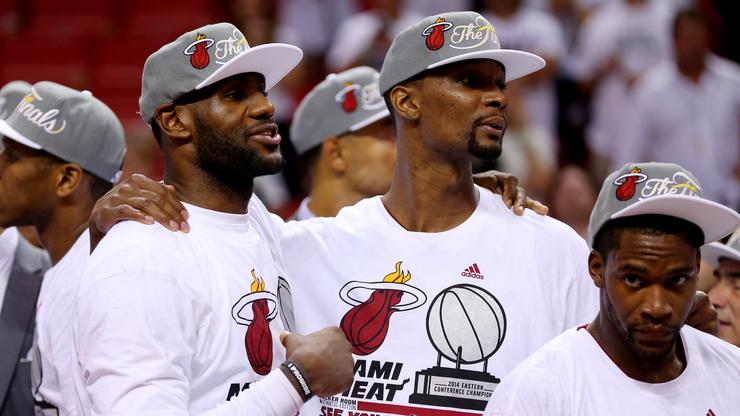 Chris Bosh got to play with LeBron James for four seasons between the years of 2010 and 2014. With Dwyane Wade rounding out that Big Three, these men went on to win two-straight titles all while making it to four-straight NBA Finals. They were the original super team and for the most part, they inspired a whole generation of superstars to team up with one another.

Bosh has always been complimentary of LeBron’s legacy and in his eyes, James is actually the GOAT. While speaking on the All The Smoke podcast, Bosh revealed why he thinks LeBron is the GOAT, and how it will be extraordinarily difficult for future players to match his greatness.

“We all have our dreams of how things are gonna go and how your career is gonna be played out,” Bosh said. “To actually watch him do it, I think one, we’re not gonna appreciate it until he’s done playing. And it’s gonna be a dangerous new norm for any other player who wants to be the GOAT. You’re at least gonna have to have 18 years of prime.”

LeBron is going into his 20th season and if he plays like he did last year, then his GOAT case will only become stronger. LeBron could easily play until he is 45, and at this point, he may very well do it.