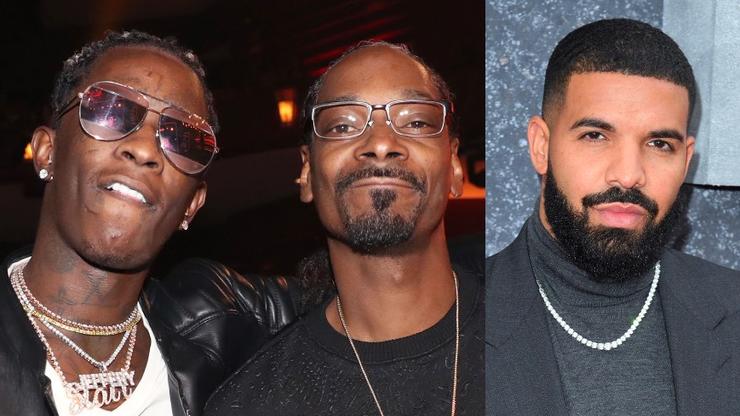 The infamous groupie is back at it and says she begs for DJ Akademiks to take her back.

Just when you thought Celina Powell was out for the count, the famed groupie returns. Powell has been a thorn in rappers’ sides for years as she has taken to public platforms to detail her alleged sexual exploits. Powell is one of few women who have come forward over the years with tell-all stories about bedroom antics with rappers, and although we haven’t heard from her in a while, she’s back on podcasts name-dropping with a vengeance.

While visiting the We In Miami podcast, Powell spoke about her past with DJ Akademiks, revisiting when she hosted a Livestream with women he allegedly had sex with. She was regretful, admitting that she did it out of jealousy, and she claims that she begs for him to take her back every day.

Elsewhere, the podcast host asked if any of the women in the room “ever dated a celebrity.” Powell chimed in to say that she has “flashbacks of Young Thug,” saying that “he paid me” and whatever they did “was great.” The “second best” Powell alleges she has “had” was a tie, she claims, between 50 Cent and Snoop Dogg.

It should be noted that Snoop has denied having interactions with Powell and he has called her out on her allegations. “I’m still waiting for Drake,” said Powell. “He told me I was dark and disturbed, but that’s fine daddy.” She also had some choice words about Tory Lanez and mentioned that he allegedly hated her.

Check it out above and below.