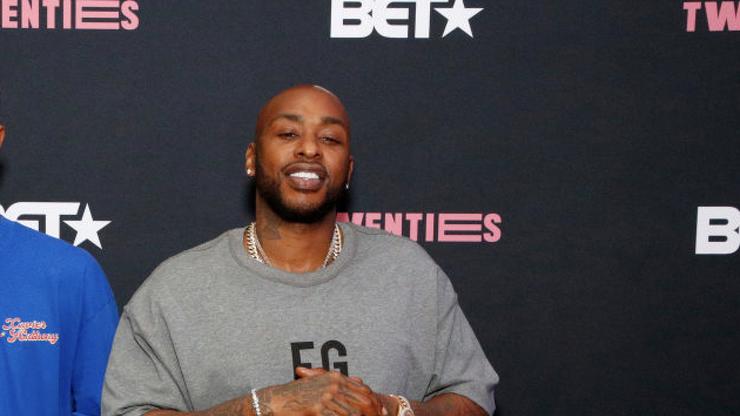 The reality star was fired by VH1 after a video of him hitting his dog with a metal chair surfaced online.

As we previously reported, VH1 made the official decision to cut ties with tattoo shop owner Ceasar Emanuel, star of the reality series Black Ink Crew, earlier this week after a video of him seemingly attacking one of his dogs with a metal folding chair went viral online. Now though, the artist is claiming that the whole thing was a setup.

TMZ ran into Emanuel in the streets of New York City on Thursday night, just hours after news broke that he had been fired. According to him, the video has been completely taken out of context – what looks like serious abuse was apparently just him “breaking up a fight” between his dogs, until one of them went for him, that is.

The business owner admitted he “wishes he could take [his actions] back,” although in the moment, “he felt like he had to back down his dogs any way he could,” adding that he felt “afraid of what would happen next.”

Emanuel told the outlet that the incriminating viral clip came from his home security camera, revealing that “he thinks someone had it out for him since the video was leaked online.”

Both dogs involved are said to be “fine now,” though Ceasar said he gave one away while enrolling the other in some “serious obedience training.”

Check out everything that the Black Ink Crew star had to say below, and tap back in with HNHH later for more pop culture news updates.