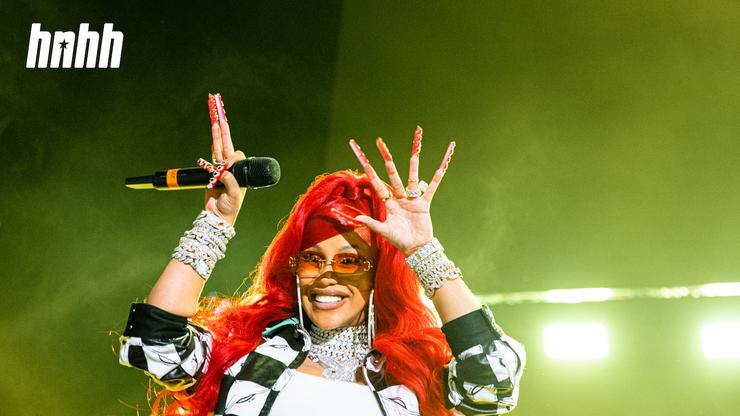 Cardi B made sure she was the brightest star on stage in $2.5 million-worth of diamonds for her Hot 97 Summer Jam performance.

During her appearance at Hot 97’s Summer Jam, Cardi B took the phrase “diamonds are a girl’s best friend” to a whole new level. The 28-year-old arrived at New Jersey’s MetLife Stadium on Sunday, ready to show off her musical talents while covered in a casual $2.5 million worth of jewels.

Patrons of the festival were hyped to see the Migos, and their excitement only intensified when the trio brought out the “I Like It” singer to perform her verse from “Type Shit” from their most recent album, Culture III.

One of the most noteworthy parts of Cardi’s bold ensemble is her massive Playboy necklace, which was designed by none other than Elliot Elliante. The celebrity jeweller’s team informed Page Six Style that the piece is worth $400,000, and was carefully crafted from over 160 karats of VS1 diamonds and more than 750 grams of 14-karat gold.

On top of her bunny, the soon-to-be mother of two layered an astounding five honeycomb diamond Cuban chokers (valued at over $40,000 each), and on her wrists, a two-tone mariner link, a white gold Gucci link, and a rose and white gold Cuban link, and, of course, some tennis bracelets to top it all off.

Cardi’s look also included her pear-shaped 8-carat engagement ring from Offset, an Audemars Piguet watch (rumoured to be worth $250,000), and larger than life hoop earrings with her daughter’s name scripted inside. In her typical fashion, the New York born star made sure that her nails were on point and that she didn’t forget her sunglasses to shade her from all that bling.