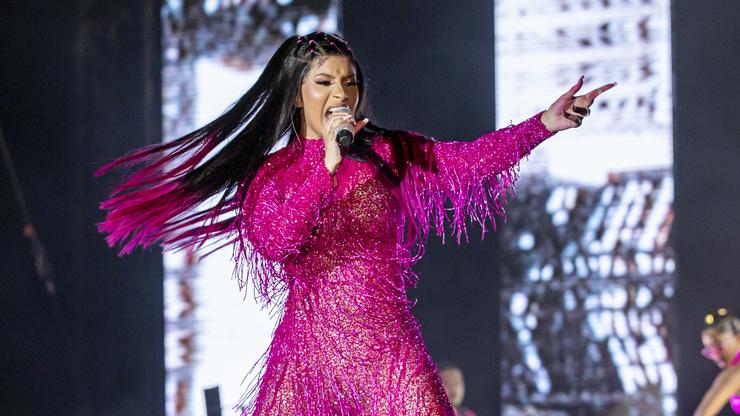 The sophomore slump is a real thing in the industry for artists, and the pressure to deliver a hot record intensifies if their debut project was successful. Cardi B has been hush-hush about what she has in store for her follow-up to her Grammy Award-winning album Invasion Privacy, but she’s been hinting throughout the year that she’s being extra-careful with the construction her next record.

She’s joked that she’s going to call the album Tiger Woods and shared that she feels pressure to make this one a smash hit, but Cardi took to her Instagram Monday to show f her skills. “I be in the mansion, you be in my mentions / I came right out the trenches to the top the charts / Lost friends on the way / This sh*t is breaking my heart / 30 seconds in I’m like where do I start / I don’t act I’m a hustler just playing my part,” she rapped with a nod to her recent role in the Jennifer Lopez film Hustlers.

Cardi’s husband Offset hopped in her comments to show his support by writing “Yessir” while the New York rapper’s famous friends dropped f fire emojis. She ended her flow by saying this is “just a little something while I finish up the album, b*tch.” Check it out and let us know what you think.