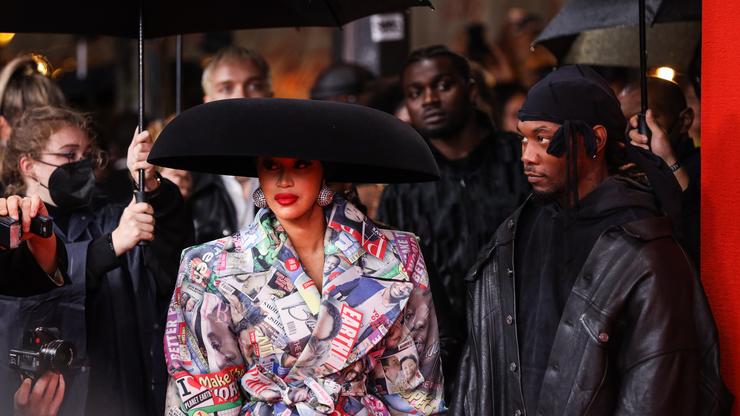 Cardi B issues a response to the court after she was accused of lying to a judge ahead of her Paris Fashion Week appearance.

Paris Fashion Week took place last month with Cardi B and Offset making headlines for their stunning appearance at the Balenciaga fashion show. Unfortunately, Cardi B found herself in hot water because of this. Kevin Brophy Jr, the man suing Cardi for using his likeness on the cover of her Gangsta B*tch Music Vol. 1 mixtape, claimed that the rapper lied to the judge under oath about traveling to dodge a court appearance.

Cardi B’s appearance at Paris Fashion Week was at the center of Brophy’s latest claims against Cardi in court. He said that Cardi previously stated that she couldn’t travel to make a court appearance in the trial after giving birth yet managed to travel all the way to Paris. Brophy accused Cardi of lying to the judge to skip out of the trial.

In documents obtained by Complex, Cardi B explained that her PFW visit wasn’t planned by the time she filed the motion to the court about traveling. She explained that this was the only trip she’s made since her son’s birth and had made “thorough arrangements for, the well-being and care of our children in our absence.” She added that her daughter and her newborn son with her mother and a baby nurse in New York.

“In terms of traveling, my greatest concern was the welfare and health of my newborn son, and I absolutely agreed with my doctor’s strong advice that my son not be subjected travel at such a young age, in this time frame. That is why, when my husband and I made the brief trip to Paris, we were only able to do so because I could leave my son and daughter, for those few days, in New York the care of my mother and a baby nurse, and in close proximity to the pediatricians if the need arose. I could not do that for an extended trip to California during October,” she said in the letter. Cardi acknowledged the misunderstanding that led Brophy to believe that she had planned the trip well in advance but insisted that she was telling the truth.

“I fully understand that our going to Paris for such a major event could lead someone to assume it all ‘must have been’ a long time in the planning, and well-known far in advance, but it was not that at all,” Cardi continued. “My Declaration of September 10, 2021, was entirely truthful, I concealed nothing, and the opportunity to go to Paris did not even first come to my attention until a couple of weeks later.”