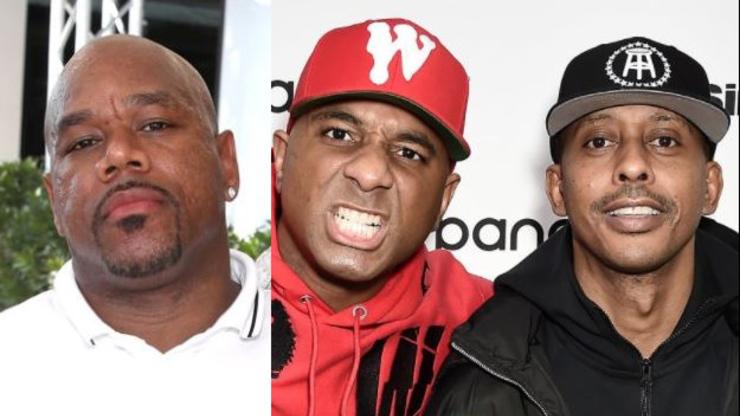 Things got tense on “Million Dollaz Worth Of Game” after Wack doubled down on his beef with Meek and said, “We gotta get down.”

Tense conversations between Gillie Da Kid and Wack 100 are becoming a regular occurrence. These two were involved in a heated discussion about Birdman last year, and recently, things took a turn when Meek Mill was brought up. Wack 100 visited the Million Dollaz Worth of Game podcast hosted by Gillie and his cousin Wallo, and a brief moment from the conversation went viral.

We’ve reported extensively about the ongoing beef between Wack and Meek, especially as it concerns Wack’s relationships with Tekashi 6ix9ine and DJ Akademiks. When asked if he was in a better place with Meek, Wack told Gillie and Wallo, “Definitely not, we gotta get down.”

Immediately, all hell broke loose and the podcasts weren’t having it. They defended Meek, and while Gillie kept up the yelling off-camera while standing behind Wack, Wallo sat face to face and let him know that if it came to blows, he would hold his ground.

“You gonna line that up? I’ll get down with all three of y’all,” said Wack. “Ain’t nobody worried about you. My knuckles is sexual, n*gga, and you got a sexy nose.” The ruckus eventually dissipated and the trio got back on track to finish the conversation, but it was certainly a highlight that lit up social media.

Check out the moment and a few reactions below.