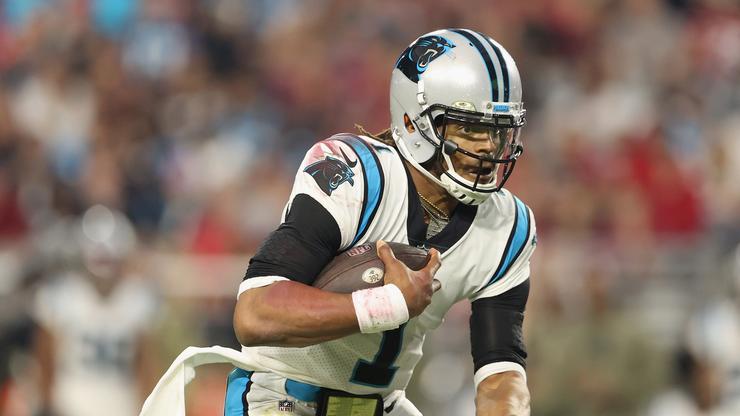 Panthers fans are excited to see Cam Newton start for the team again.

Cam Newton is back with the Carolina Panthers and fans are very excited about this. After spending a year away from the team, Newton now gets to return to the franchise that he had so much success with, in the first place. Last weekend, Newton made his debut with the team this season, although he only took a few snaps. He passed the ball four times, had three completions, and ended up with a rushing TD and a passing TD.

Now, fans are expecting him to start this weekend against the Washington Football Team. Head coach Matt Rhule has been giving some updates throughout the week, and today, he claimed that P.J Walker would be prepped for Sunday, however, the team is trending towards Newton starting the game.

According to Ian Rapoport of the NFL Network, fans should just expect Newton to play regardless, as Rhule is simply being diplomatic with the media. After all, Newton is the better quarterback and at this point, the fans just want to see Cam go out and do his thing again. He can still make big plays and within that offense, there are definitely ways that Newton can maximize his talents again.

It’s going to be a very fun second half of the season for the Panthers, and we can’t wait to see how Newton does. Stay tuned to HNHH for all of the latest details surrounding Newton’s return, as well as general stories from around the NFL.