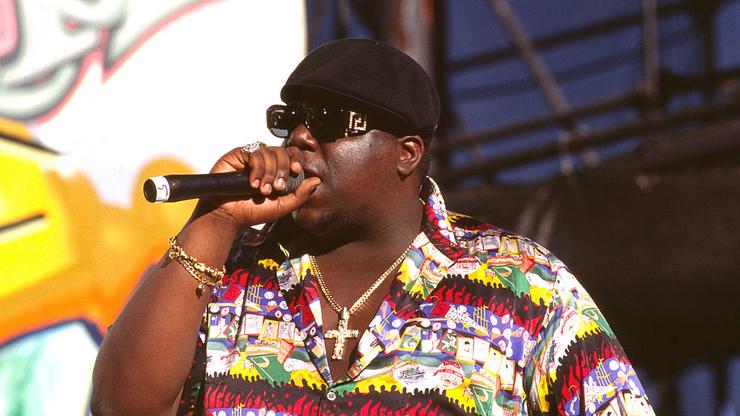 The King of New York meets the King Of Beers as Budweiser unveils the Notorious B.I.G Tall Boy Cans.

The late Notorious B.I.G has been widely celebrated as the King Of New York, respected as one of hip-hop’s greatest lyricists of all time to this day. For those who grew up in the midst of Biggie’s run, the dexterous, playful, and occasionally brutal rhymer was among the most exciting emcees to witness, with seemingly no style he couldn’t pull off.

With his reach having extended far beyond hip-hop culture through undeniable hits like “Hypnotize,” “Big Poppa,” and “Mo Money Mo Problems,” it’s no wonder his legacy remains celebrated by all walks of life. Now, Budweiser has come forward to pay homage to Biggie Smalls with an official collaboration with The Christopher Wallace Estate.

The self-proclaimed “King Of Beers” took to Twitter to announce the arrival of The Notorious B.I.G. Tall Boy Budweiser Cans. Available exclusively in New York, the can includes several of Big’s “Unbelievable” bars emblazoned at the top. Big’s borough Brooklyn is also represented to the fullest, with a view of the Brooklyn Bridge depicted in the can’s bottom corner. It’s certainly a fitting tribute to the late legend, and while it’s likely some fans will grumble at the New York exclusivity, perhaps we’ll one day see a more widespread run in the future.

Big’s mother Voletta Wallace had nothing but kind words to say about the collaboration, issuing a statement shared by HipHopDX. “I am honored to know that a brand such as Budweiser wanted to celebrate my son in this way,” she states. “Christopher’s legacy and brand value is extremely important to myself and the family and memorializing him on the can of an iconic beer brand as Budweiser is something I believe he would be happy with.”

Check out the design for the Notorious B.I.G Tall Boy Can, which Budweiser Group VP Marketing Daniel Blake describes as “the most iconic can collaboration we’ve done to date,” below.