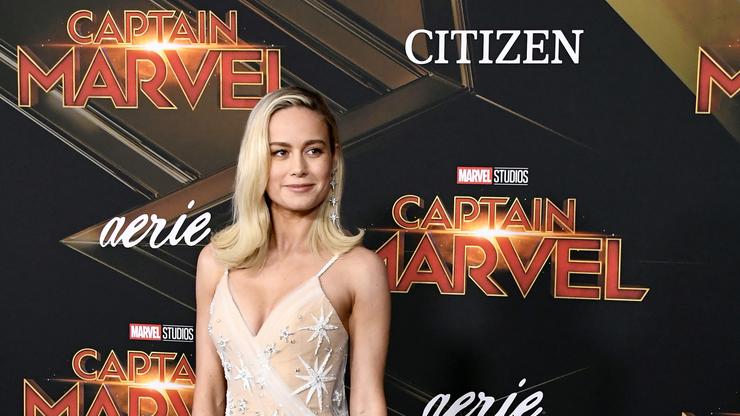 Brie Larson admitted that she’s not sure she’ll return as Captain Marvel for any future films, asking a reporter at the recent D23 Expo whether any fans want her to do so. At the event, the first footage of The Marvels, which features Larson, was revealed.

“I don’t know. Does anyone want me to do it again?” she told Variety at D23 when asked whether she plans on continuing to play the character.

As for The Marvels, Larson was also asked about working with Iman Vellani for the project.

“It’s great, I mean, I think this is where we need to– we just need more… I know I say that a lot but it’s just like, more, more, more,” she said. “We need to show different ideas of what it means to be strong, what it means to be flawed, like, what it means to be a superhero. There’s so many different ways to do it, and I think this movie gets to explore that and off-load some of the pressure from Captain Marvel to be this, like, ‘Captain Marvel.’ It’s like, ‘It’s okay. There’s a lot of other really talented, beautiful, special women that can also help make this world a better place.'”

Larson made her debut as Captain Marvel in the 2019 film named after the character. She also appeared in Avengers: Endgame, later that year.

Check out Larson’s comments at D23 below.