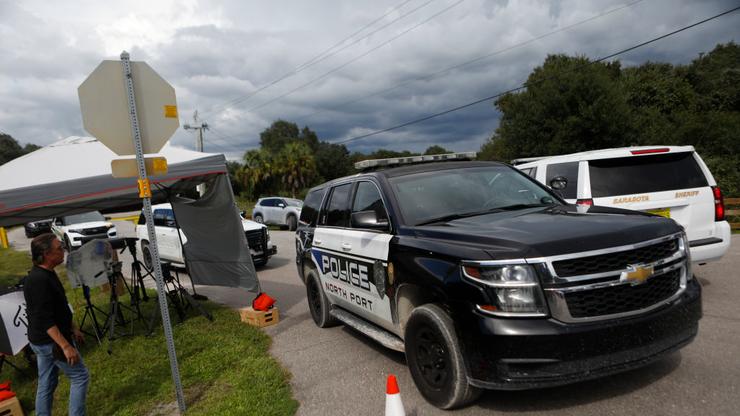 A man who looks like Brian Laundrie was pinned down by federal agents after being mistaken for Gabby Petito’s fiancé.

Brian Laundrie still has not been found by federal authorities as police forces from across the country continue looking for Gabby Petito’s fiancé, who is suspected of strangling her to death. After a cross-country trip in their van, Petito was found dead, but Laundrie returned home as though nothing had happened. He spent a few days with his parents, supposedly went on another camping trip with them and his sister, and then disappeared. People have been searching for him for weeks, and there was a possible spotting on Appalachian Trail, but after a hotel employee alerted authorities to a man who looked uncannily similar to Laundrie, it was determined that the person was not Laundrie and they had just had the scare of their life.

A man named Severin Beckwith was recently hiking the Appalachian Trail with a friend, staying at a hotel nearby. Beckwith says that he heard a knock on his hotel room one night before federal agents wearing riot gear pointed their guns at his face, pinned him down, and interrogated him. After ID’ing himself and proving that he doesn’t have any of Laundrie’s tattoos, he was let off the hook, but he now has a pretty terrifying story to tell his family.

Beckwith had the cops called on him by a hotel employee who noticed that he also had a notch in his upper ear, just like Laundrie. The cops told Beckwith that, for the foreseeable future, he should shave his beard to avoid any other instances where somebody thinks he might be the suspected murderer.

Beckwith ended up being comped with a free night at the hotel, as well as a complimentary breakfast. While that clearly isn’t enough for such a traumatic experience, it’s better than nothing.