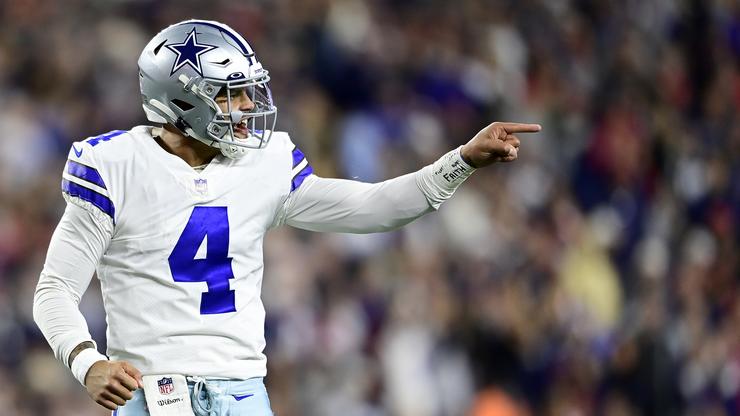 Dak Prescott suffered a minor calf injury against the Patriots.

Dak Prescott and the Dallas Cowboys have been on fire to start the season. They currently have a record of 5-1 and last night, they defeated the New England Patriots in overtime to increase their lead in a depleted NFC East Division. At this point, they seemed destined for a playoff birth, and they could very well be atop the NFC standings when the season is over in January.

Unfortunately, Prescott suffered a calf injury last night on his right leg, and he was favoring it quite a bit after the game. This led to some concern amongst Cowboys fans, although as it turns out, they shouldn’t be jumping to any conclusions right now.

According to Ian Rapaport of the NFL Network, Prescott has stated that he should be good to go for Week 8 when the Cowboys get back on the field. Luckily, the team is heading into a Bye Week, which means this was realistically the best time to sustain a minor injury. An exact diagnosis or timeline has not yet been revealed by the team, however, so we could see more updates in the near future.

Regardless, this should be some good news for Cowboys fans as they rely on Dak for their success. He is on fire right now, and if he keeps things up, he could very well be an MVP candidate.