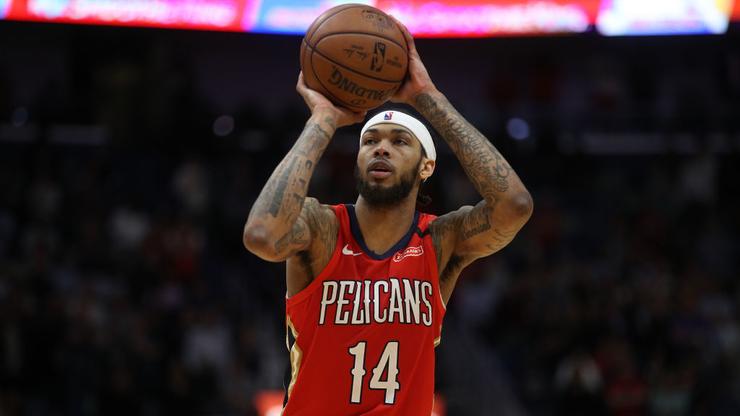 Brandon Ingram reveals his time with the Lakers was “very uncomfortable,” explaining why on JJ Redick’s podcast.

Brandon Ingram has really come into his own since joining the NBA. When he was drafted by the Los Angeles Lakers with the second overall pick in the draft, fans were excited to watch the budding superstar play up to his potential. He showed flashes of excellence with the Lakers but, unfortunately, he was never able to truly shine on the court next to LeBron James.

Eventually being traded away as part of the Anthony Davis deal, Ingram began to show that the hype was real while playing with the New Orleans Pelicans, seemingly playing more comfortably and even becoming an All-Star in his first season with the team. He recently spoke with JJ Redick on The Old Man and The Three podcast, where he confirmed that it was a very uncomfortable situation being drafted into the Lakers organization.

“I definitely felt very uncomfortable. It was different. I didn’t know what I was stepping into actually,” said Ingram. “It was kind of like the world came when you were going to the Lakers. My social media started blowing up. I was into social media, but then I had to step into reality. I go into my first game, everybody knows who I am around L.A. It was just totally different. It’s different when it’s Laker love. Either you can get soaked up into the game of basketball or you can get soaked up into everything else that is around it in Los Angeles. It was important for me to just focus on basketball.”

It wasn’t apparent that B.I. was uncomfortable on the floor, but it definitely seemed as though he had more in the tank to offer, which was not being tapped into. It’s nice that he’s found a home in New Orleans where he can be the star he was meant to become.

Listen to him talk about adjusting to the Lakers above at the 17:19 mark.