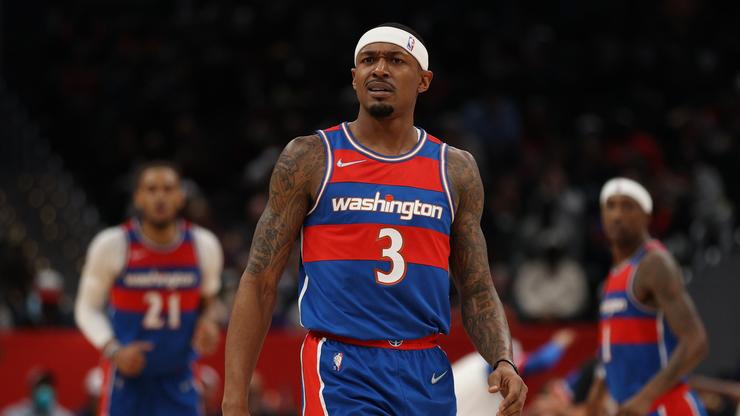 Bradley Beal had to make a tough choice.

Bradley Beal was very vocal about not getting the vaccine at first. Beal was one of the few players in the league who was unvaccinated, however, he was adamant about people making personal choices. He understood why people were getting the shot, and he always kept an open mind about things. Now, D.C. is about to implement a vaccine mandate, and to coincide with this announcement, Beal has gotten his shots.

This is news that was reported this week by The Athletic, as well as Beal’s teammate Kyle Kuzma. When asked about why he finally got the vaccine, Beal noted that he felt like it was something he needed to do. He also claimed that the vaccine mandate was not the only reason for getting it, however, he still has quite a few questions about whether or no the vaccine is actually working, given the amount of COVID cases that are going around the league right now.

“Like I said at the beginning of the year, this is always something I’ve been thinking about,” Beal said. “It obviously came to a point to where I was like, ‘OK, let’s just get it out of the way and not have to deal with it.’ But there are a lot of questions I still have. Us around the league, we’re still trying to figure out how we can be better, how we can still be safe. Ninety percent of our league is vaccinated, and we’re still going down like flies.” continued the Wizards guard. “So we’re just trying to make sure that we’re all protected. For me, selfishly, I’m more concerned about my father and my family. The last thing I want to do is see him in the hospital and on the table. So if that helps, then OK, I’ll do it. But I still have a lot of questions and concerns about it, for sure.”

As it stands, Kyrie Irving remains the biggest superstar who has yet to get the shot. It seems unlikely that will change, however, if Beal changed his mind, so could Kyrie.