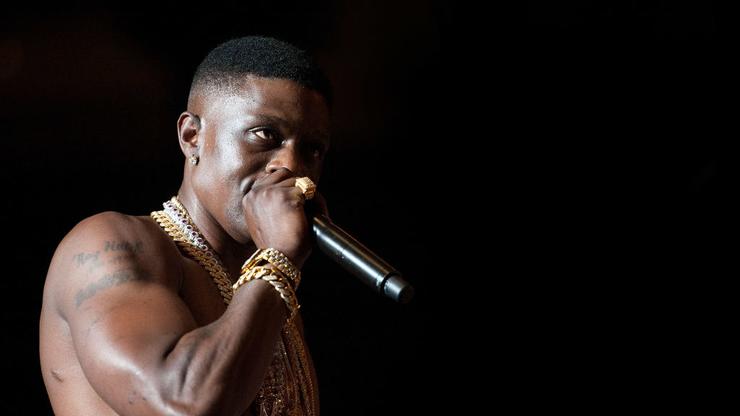 Boosie Badazz is among those not quite convinced of “DONDA’s” excellence, arguing the superiority of his own new album.

Kanye West‘s DONDA is one of the more divisive albums in recent memory. Depending on who is asked, Ye’s tenth studio album is either a genuine masterpiece or a misguided mess.

Of course, it goes without saying that polarization has become one of the defining characteristics of a Kanye rollout, as many of his albums tend to evoke strong responses from both parties.

While Joe Budden nonchalantly declared DONDA to be a “masterpiece,” the ever-opinionated Boosie Badazz wasn’t quite convinced of its top-tier quality. The Baton Rouge rapper recently took to Twitter to contextualize the quality of his own new album — GOAT TALK 3, released in July in full nineteen track glory — by positioning it against Kanye’s latest. “GOAT TALK 3 harder than DONDA frfr,” writes Boosie, adding the hashtag “#realmusic” to emphasize his authenticity.

Now, it’s not exactly a comparison you’d see every day, given how vastly different Boosie’s GOAT TALK 3 is from Kanye’s DONDA. And to be fair, Badazz isn’t even disrespecting Kanye’s work, simply declaring his own music to be a harder offering. Of course, it’s likely that the leagues of Yeezy Stans will simply ignore Boosie’s provocation — though as it doesn’t take much for some to pounce on an anti-Kanye narrative, they might be compelled to mobilize against the more vocal haters.

Check out Boosie’s statement below, and should you agree with him, be sure to hit your comments with your argument as to why GOAT TALK 3 is the superior of the two albums.