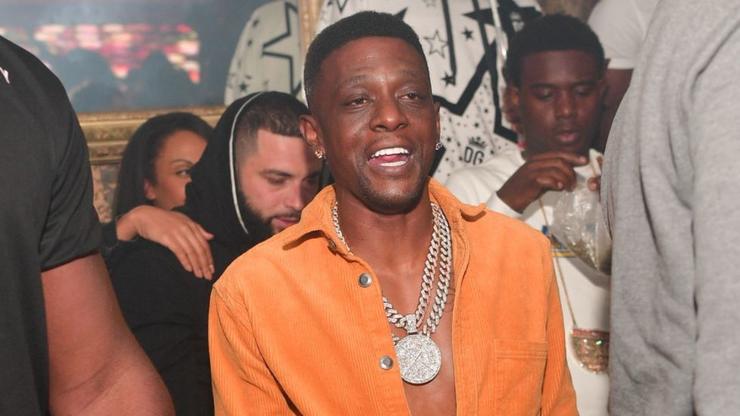 The rapper’s mother is handling Boosie Bash catering and he doesn’t believe she has to go the extra mile when it comes to feeding artists.

We’re just days away from Boosie Bash and it is shaping up to be an unforgettable experience. The beloved yet controversial rapper has returned with an update about how the preparation for his festival is coming together, and Boosie Badazz is delivering the information courtesy of the For Us By Us Network. Boosie bragged that his concert is bigger than some award shows and shared a few names that would be appearing, as well as others who didn’t get back to him.

“DaBaby,” he began in a video, confirming once again that the North Carolina rapper would be showing face. “I done asked Puff Daddy. Puff Daddy say, ‘Boosie, I can’t come.’ If I knew Jay-Z, I ask Jay-Z.”

“I done been in Megan Thee Stallion‘s DMs ’cause all you can tell me is no,” he continued. Then, the video showed Boosie’s mother who seemed to be helping with catering the event. While she wanted to make sure that the artists would be fed well, Boosie chimed in to say “artists don’t eat like that. They on drugs.”

“My people think you gotta do too much for all these artists,” the rapper said in the clip. “Them people not gon’ eat all this damn food! People is on drugs! They might take a picture in front of it.” Still, Mama Badazz said that several of the artists were making their Boosie Bash debut, so she thought it was important to make a good impression.

Boosie also admitted that he didn’t plan on wearing a “corona mask” at his event because he was going to “be fresh.” Check out the chuckle-worthy video below.