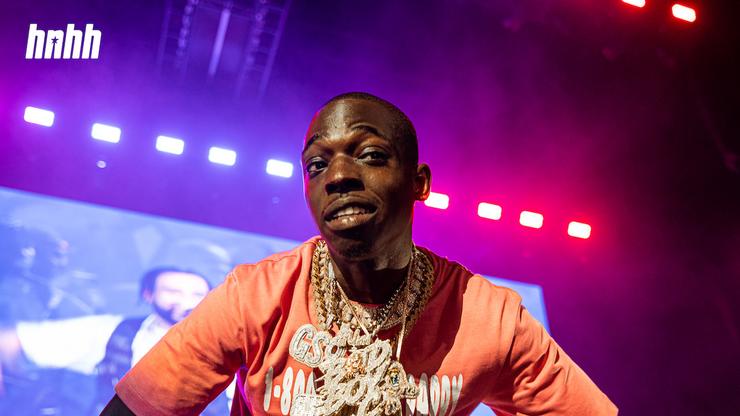 Bobby Shmurda seemingly responds to Wack 100 after he said the rapper was losing respect in the streets for “twerking.”

Bobby Shmurda has been having the best time of his life since getting out of prison last year, dancing it up with his friends and exhibiting child-like, carefree energy during public appearances. The New York rapper has been enjoying himself as he gets re-acclimated to the music industry but, unfortunately, many of his critics have taken aim at the rapper’s dance moves, which are often discredited as “twerking,” in an attempt to bring down his energy. Thankfully, Bobby doesn’t seem to care about what anyone thinks.

During a recent conversation on Clubhouse, Los Angeles-based music manager Wack 100 called out Bobby, saying that the rapper is tarnishing his legacy and losing respect in the streets because of the way he has composed himself since being released. Wack said that he doesn’t know which fanbase Bobby is targeting, suggesting that when he drops an album, he will go “double wood.”

Given the timing of his latest tweet, it’s likely that Bobby has heard Wack’s criticism but he’s not shaken up about the rap veteran’s words, losing his stride for nobody.

“Y’all do know that no matter what ANYONE says imma live MY LIFE the way I WANT,” said the rapper, signing off with a “#Shmurda” hashtag.

Wack 100 hasn’t only been coming for Bobby Shmurda on Clubhouse… he recently also took shots at Master P, calling the No Limit OG “broke” and claiming that he doesn’t even have 20% of Nick Cannon‘s money. Read more about that here.

Have you been a fan of Bobby Shmurda and how he’s presented himself since getting out?