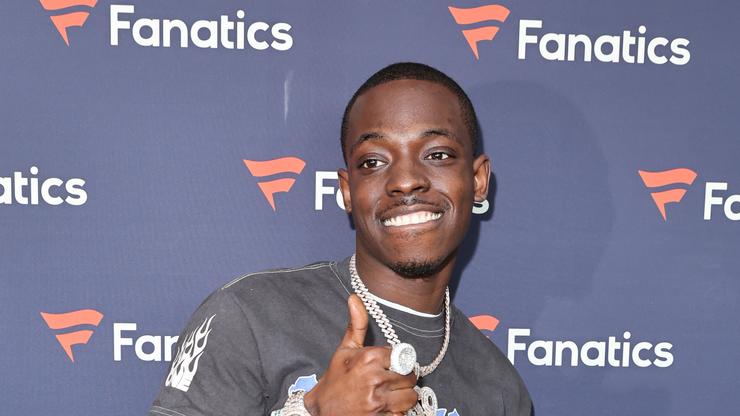 The rapper says he’s been shadow-banned from the platform and he believes it’s because he’s releasing music this month.

He may have been flashing cash and jewelry on his Instagram Story, but Bobby Shmurda has a bone to pick about not being able to go Live on the platform. Fans of the rapper are currently awaiting his official debut studio album but in the meantime, Shmurda has been grabbing attention with his social media posts, interviews, and Livestream moments. However, he claims that someone is keeping him from connecting with fans.

It looks as if Shmurda was firing off subliminal verbal shots to a person or corporation that he believes is blocking his moves on Instagram.

“Hating ass Mf’s Is blocking me off ig because they Boring ass artist the gotta push so much money into is dropping are they sound alike look alike asses is about to drop idk I don’t even care I don’t pay attention to them,” wrote the rapper. “Boring ass Artist y’all gotta put millions up behind to look like a star them h**** ni%as foh and still boring however they wanna shadow banned me because I don’t wanna bend over and I’m about to drop this month [fire emojis].”

Shmurda hopes the public is “paying attention to this sh*t,” and went on to add that someone is paying money to keep him off of Instagram. He isn’t naming any names just yet, but fans are happy to hear that new heat from Shmurda will arrive soon. Check it out below and let us know who you think he’s calling out.