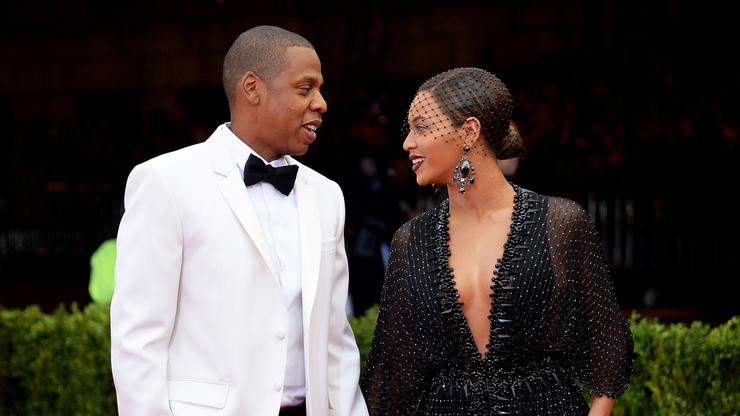 For the ceremony, Beyoncé rocked a black peacoat over a blue dress, while Jay went with a classic blue three-piece suit.

Beyoncé, who celebrated her 40th birthday, last month, and Jay recently appeared in a Tiffany & Co. campaign alongside a rare Basquiat piece.

“We don’t have any literature that says he made the painting for Tiffany,” Arnault explained, regarding the campaign. “But we know a little bit about Basquiat. We know his family. We did an exhibition of his work at the Louis Vuitton Foundation a few years back. We know he loved New York, and that he loved luxury and he loved jewelry. My guess is that the [blue painting] is not by chance. The color is so specific that it has to be some kind of homage.”

Check out pictures of Jay and Beyoncé from Alexandre’s wedding below.