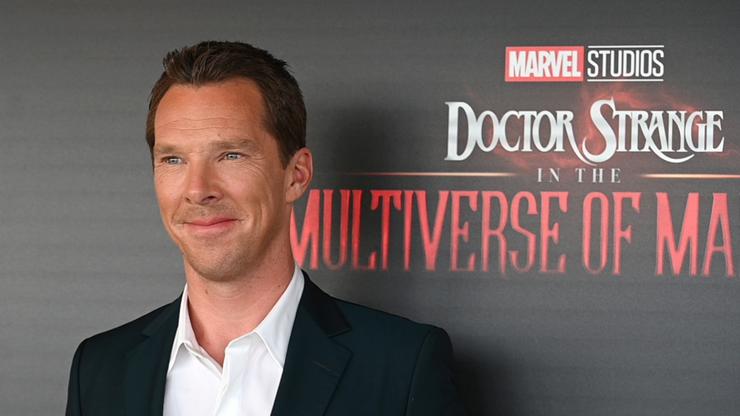 Benedict Cumberbatch joked about Will Smith slapping Chris Rock at the Oscars during his “SNL” monologue.

Benedict Cumberbatch joked about being “beat by Will Smith” at the Oscars during his Saturday Night Live monologue, over the weekend. Cumberbatch hosted the sketch comedy show in honor of the release of his newest Marvel film, Doctor Strange in the Multiverse of Madness.

“I am thrilled to be back hosting Saturday Night Live. It’s been a really fun, great week,” the 45-year-old actor opened his monologue. “I’ve got to be honest though because most of the sketch writers this week, they pitched me sketches every day, and most were about Doctor Strange. It’s great. I love the guy. I love playing the character. The film’s doing really well—but I have been in other films.”

Cumberbatch listed his recent work on Jane Campion’s The Power of the Dog as an example. The film earned 12 Academy Award nominations, earlier this year.

“I said, ‘C’mon, man, I was nominated for an Oscar for that. I didn’t win. I was beat by Will Smith,” he joked. “Not physically. Not physically.”

The joke was a reference to the infamous moment at the 2022 Oscars ceremony when Smith stormed the stage and slapped Chris Rock for making a joke about Jada Pinkett Smith’s hair.

Smith went on to beat Cumberbatch and win the Academy Award for Best Actor. He was later banned from the event for the next decade.

Check out Cumberbatch’s SNL monologue below.