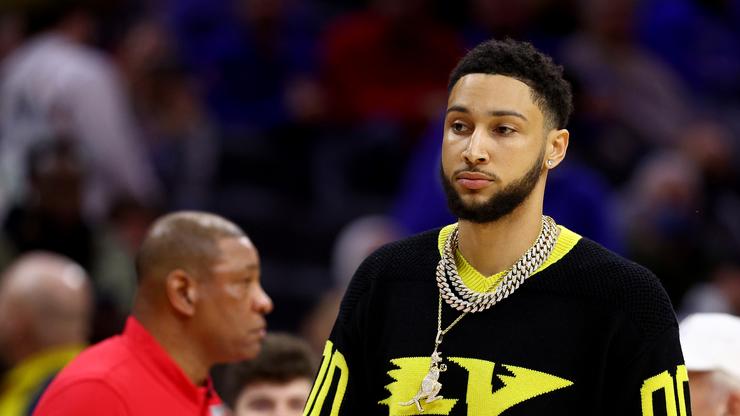 Ben Simmons is rubbing salt in the 76ers’ wound.

Last night, the Philadelphia 76ers were eliminated from the playoffs by the Miami Heat. Overall, it was a pretty bad game from the Sixers as they just couldn’t get anything going. While they only lost by nine points, the game certainly felt a lot more out of reach, especially in the second half as James Harden was awful for his new team.

Harden did not score a single point in the second half and it is certainly why the Sixers ended up losing the game. Harden has become a shell of himself, and it is now leading to comparison of Ben Simmons, with some even taking Simmons’ side.

For instance, Skip Bayless took to Twitter where he offered up an interesting take about how Simmons is going to show Philly that they lost the trade. Perhaps the most wild part about the tweet is the fact that Simmons himself liked it on his verified Twitter account.

“James Harden typically no-showed in the second half of this closeout game,” Simmons said. “Now he’s mostly just another Jim Harden. Ben Simmons eventually will make this trade look so phoolish for Philly.”

Simmons is clearly upset with how things ended in Philadelphia. With that being said, he is pouring salt in the wound, and in a way, you love to see it.