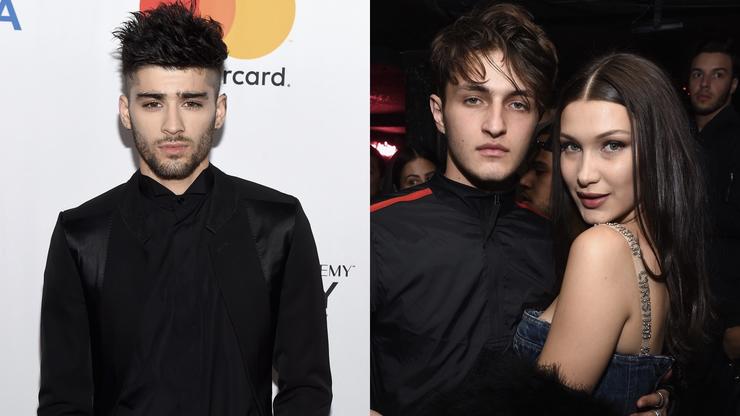 The Hadid’s have had enough of Malik, it seems.

Bella and Anwar Hadid are no longer following Zayn Malik on Instagram. For the past few days, social media has been flooded with commentary about the former One Direction singer and Gigi Hadid, who reportedly broke up after a heated altercation took place between Zayn and Yolanda, the Hadid matriarch.

Court documents obtained by TMZ revealed that on September 29th, Yolanda came into Gigi and Zayn’s Pennsylvania home with a security guard, where the latter was home while the former was in Paris. An argument broke out between the two, during which the “Pillow Talk” singer reportedly called Yolanda a “f*cking Dutch slut.”

At the time, Zayn allegedly shoved the model into a dresser, told her to “stay away from [his] f*cking daughter,” who he also referred to as “the f*cking sperm that came out of my f*cking c*ck,” and attacked the security guard who escorted Yolanda to the house.

The English singer is said to have called Gigi from across the world to share some choice words with the mother of his 13-month-old daughter, Khai.

After word of the Hadid-Malik family drama hit the news cycle, began paying close attention to everyone’s moves. Bella, Gigi’s younger sister shared a quote to her story reading, “I can do nothing for you but work on myself. You can do nothing for me but work on yourself,” which some people have interpreted as a subliminal message about Zayn.

As PEOPLE reports, both Bella, and little brother Anwar have unfollowed the 28-year-old on Instagram. Zayn has pleaded no contest to his charges of harassment, meaning that he accepts punishment of 360 days of probation, anger management classes, and a domestic violence program.

Check back in with HNHH at a later date for more updates on Gigi Hadid and Zayn Malik.