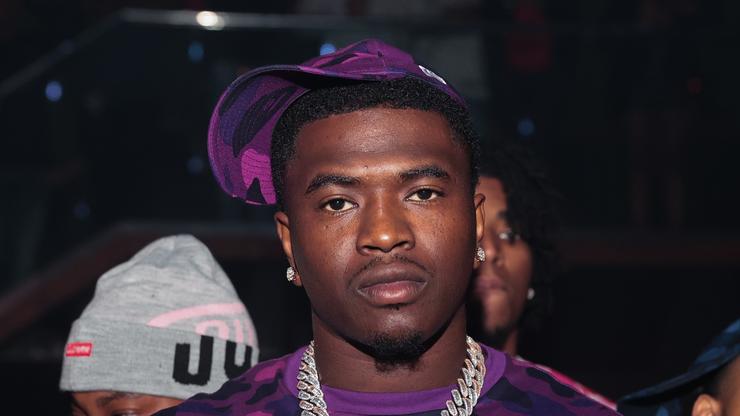 Bankroll Freddie, whose real name is Freddy Gladney III, is a rapper signed to Quality Control Music. The artist is best known for his hits “Drip Like Dis” and “Pop It.” Just last week he dropped his latest single “Picking Sides” featuring artist Icewear Vezzo.

On April 14, the 27-year-old was reportedly arrested in his home state of Arkansas. Jail records report that Freddie was apprehended around 8:30 p.m. and charged with multiple crimes. As outlined, he was accused of resisting arrest – refusing to submit to arrest/active or passive refusal, simultaneous possession of drugs and firearms, possession of schedule VI controlled substance with the purpose to deliver – felony, speeding and possession of schedule I or II LT 2GM. As of now, the types of drugs and guns have not been made known.

Freddie is currently being held at Crittenden County Sheriff’s Office with a bond of $2,870– which has now been pulled from police records.

This isn’t the first time Freddie has ran into trouble while under the esteemed label. Back in May of 2021, it was reported that the rapper suffered a gun shot to the chin. Fortunately, he remained in stable condition and jumped back into the rap game– which might be the plan after he’s released.

Check out his mugshot down below.