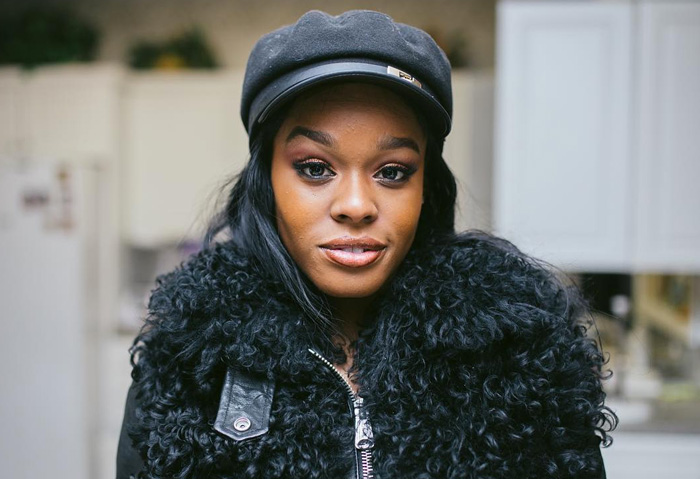 The Second Wave is coming.

After feuding with Cardi B, Remy Ma, and Joe Budden, Azealia Banks is starting f 2018 with an album announcement.

The Harlem rapper has partnered with independent label Entertainment One and is set to release Fantasea II: The Second Wave, the sequel to her 2012 mixtape, in March. “Okay guys,” she wrote on Instagram. “so Fantasea Two the second wave is going to be released @entertainmentone in March 2018.”

Prior to announcing the project, Banks teased the title with “charcoal blue” hair. “Mermaid season has ficially begun,” she wrote. “#F2 the sea queen is back !”

Yesterday, Banks also asked her fans if they would be willing to pitch in towards her $100,000 goal. “I wonder how much money I can raise in one those kick starter things,” she wrote. “I just spent my entire day locking loaaads things in. Would you guys throw down for this ? I really want to make this project a reality . And where there’s a will there’s a way!! Let me figure out a way to do this .. even if I get half ! I will be good!”

Since the original Fantasea, Azalea released her debut album Broke With Expensive Taste in 2014 and her Slay-Z mixtape in 2016.

Last year, Banks said she was hoping JAY-Z would release The Second Wave on TIDAL. “If I can manage to get signed by JAY-Z, have him pickup Slay-Z (a no brainer), release the iggy collab, get Kanye to give me this beat (for free lol), release Fantasea II: The Second Wave on TIDAL (so fitting), and get Lionsgate to release CoCo, all my little rap bitch dreams will be complete,” she wrote. “I’ll sign a gag order I don’t care lol. I want to sign with JAY-Z.”